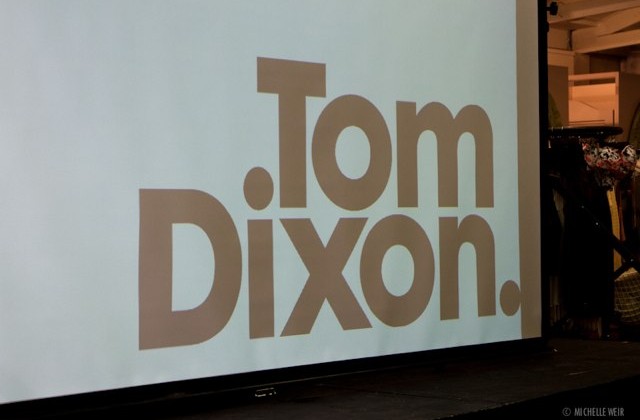 Tuesday night saw us very excitedly gathering at The Department Store to hear Tom Dixon interviewed by Jeremy Hansen Editor of Home Magazine. I had been told that Tom was a wonderfully affable gentleman and a great speaker, and was entirely aside from the fact that he is a self-taught maverick designer with a huge back catalogue of amazingly designed objects!  He spoke rather glibly of his own talents and originally ‘fell into design’ while turning his hand to welding (to repair his own motorbike after an accident). While working on one-off welded pieces, he was very much influenced by the punk movement (he played bass in the band Funkapolitian) and it’s DIY approach to life – all things were possible.

He eventually moved onto working with Italian design company Cappellini.  It was here that he produced one of his early well-known pieces, the S chair with its sculptural curves. Leaving metal behind (but using it to make the moulds) he then made another favorite of mine, the Jack Light. I first heard of Tom Dixon when I was living in London and he took the helm of Habitat, as Head of Design of what was then a huge company.  It was owned by IKEA at the time, but was originally owned by British Designer Terence Conran.  He worked with Habitat for a further  for 10 years before moving on working entirely on his own designs. And so, Tom Dixon the company, was born.

His beautiful metal lights in his signature coppers, bronze, and brass metals have become synonymous with him, but he also designs furniture, as well as working on architectural projects, opening flagship stores, and constantly looking at new ways to produce his work.

I think what interested me is the sheer breadth of his work – and the fact that he is constantly looking at new way of not just designing, but producing and even simply getting his work to the marketplace. He has been in a rather constant battle with the forgers of his work for a number of years now. In an article he wrote recently for the Dezeen he talked about the fact that within days of his new light fittings being loaded onto his website, they are available for the counterfeit market out of China. He is actively looking at ways around this.

His newest designs that get around the counterfeit issues  by being completely being unique, and hand finished rather than using the larger production models.

Dixon was here in New Zealand to promote his new ECLECTIC collection that just extends his range even further.  Beautiful objects for everyday use – from sublime candles in metal re-useable tumblers, money boxes, glass containers and pretty-near perfect wooden bread boards.  They speak to buying useful objects once and then keeping them for the longest time rather than using objects that are cheap and throw-away.  The bread boards will last for decades when well-made (My mother has one that belonged to her mother), and Dixon’s are so perfectly beautiful so that they can be left out to be seen, rather than tucked in a cupboard. His metal bowls are also sublime, with a wonderful organic hand-finished quality to them. I would have been happy to just stare at the objects, so getting to hear Tom Dixon speak as well was a complete treat. 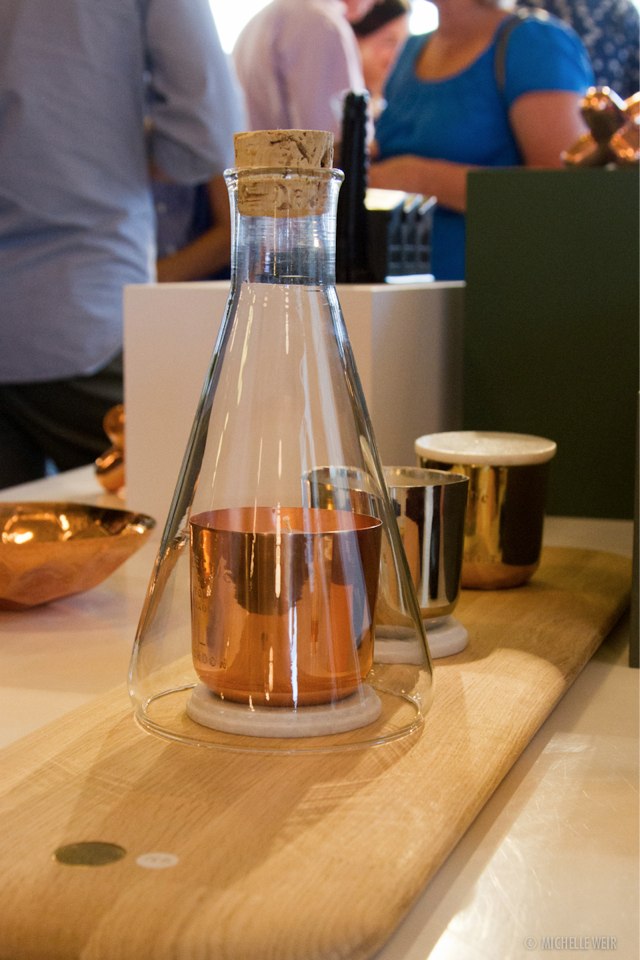 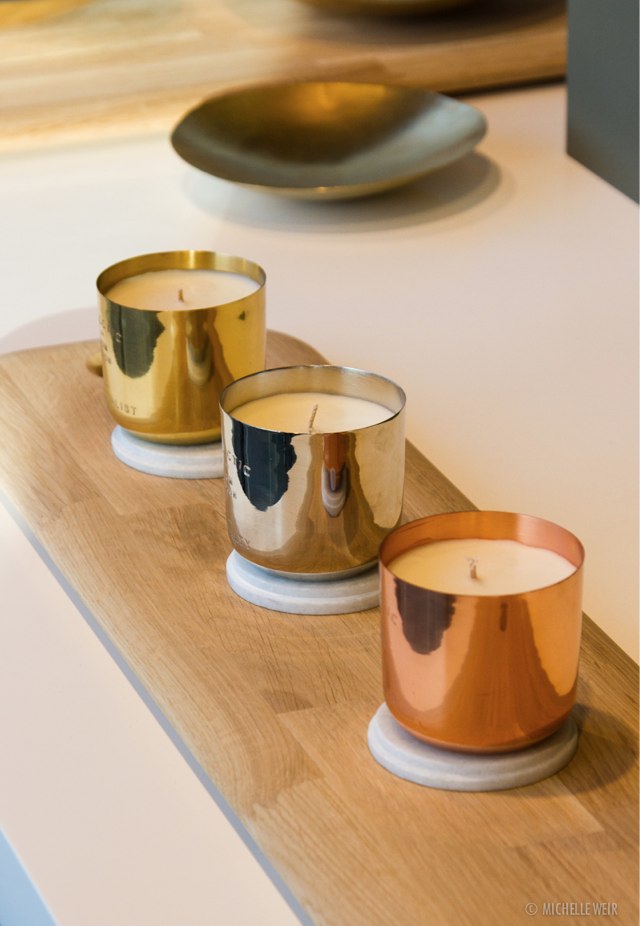 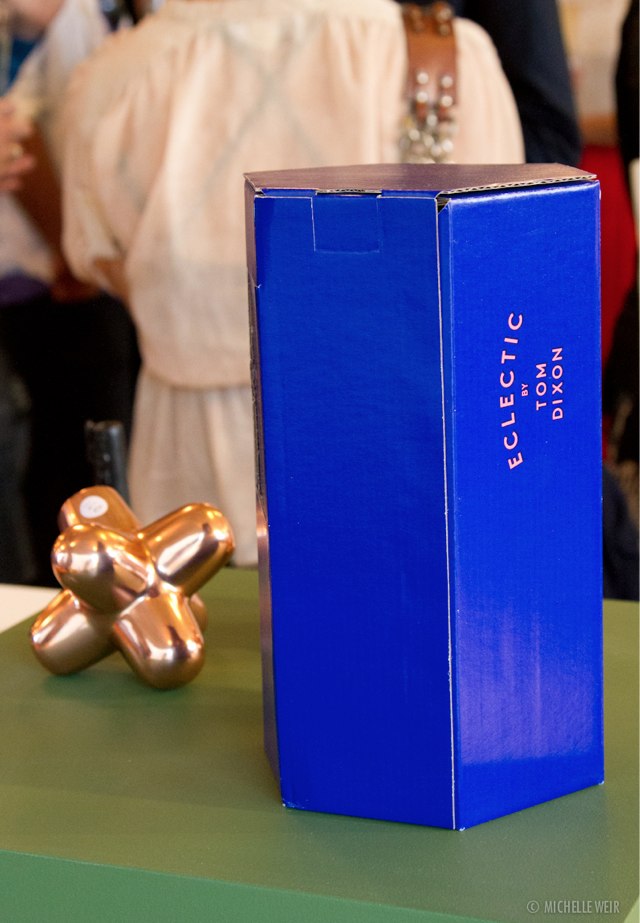 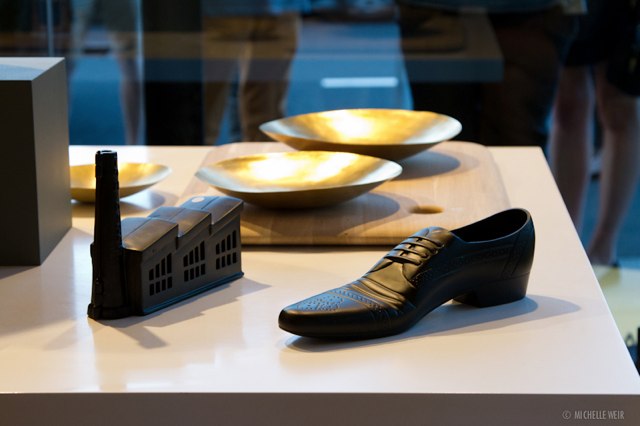 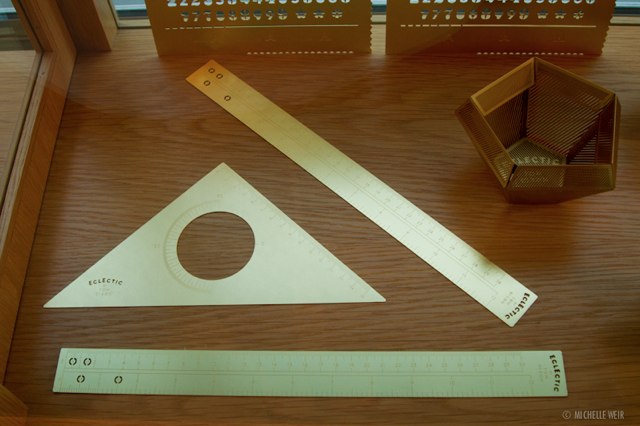 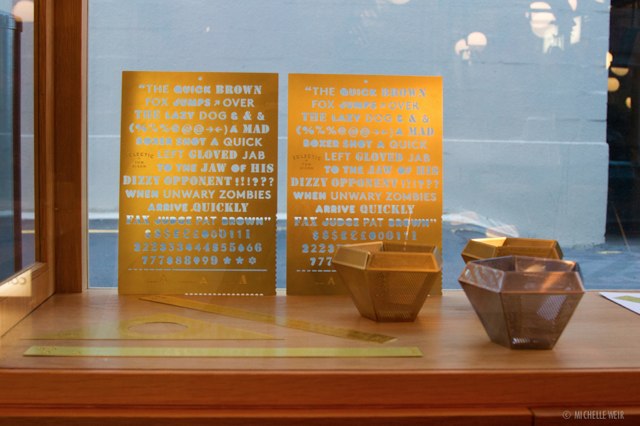 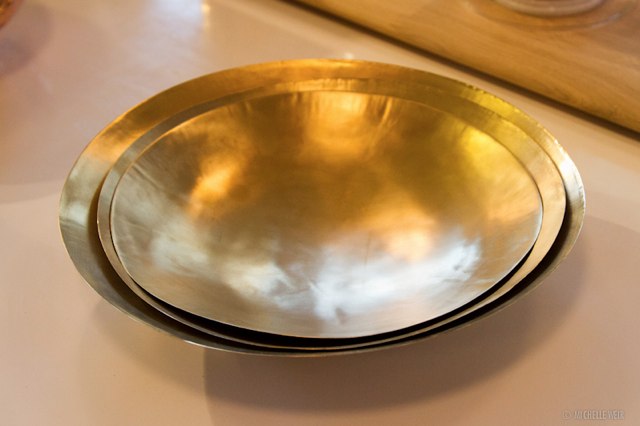 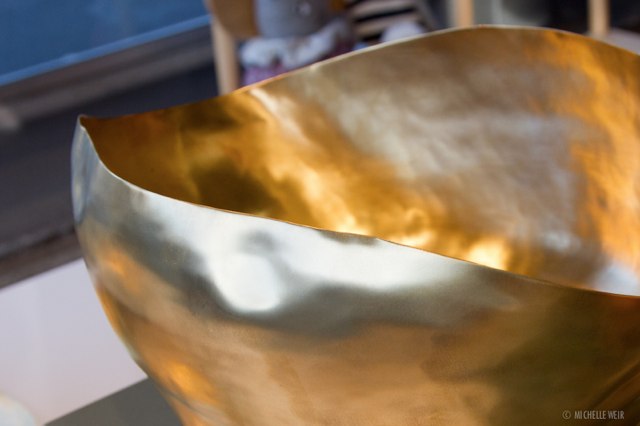 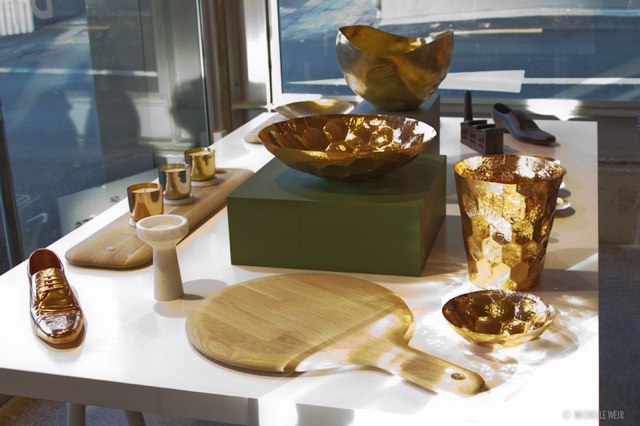 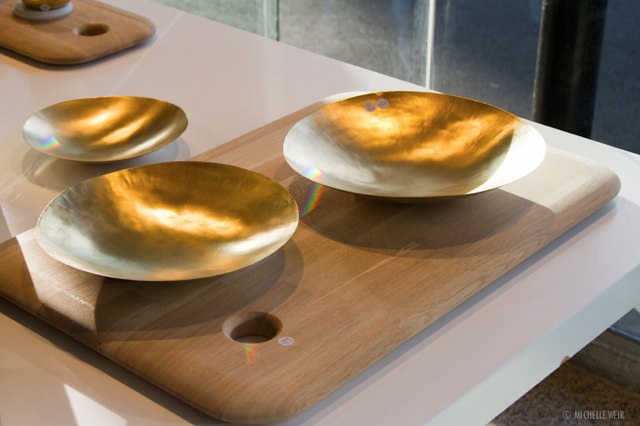 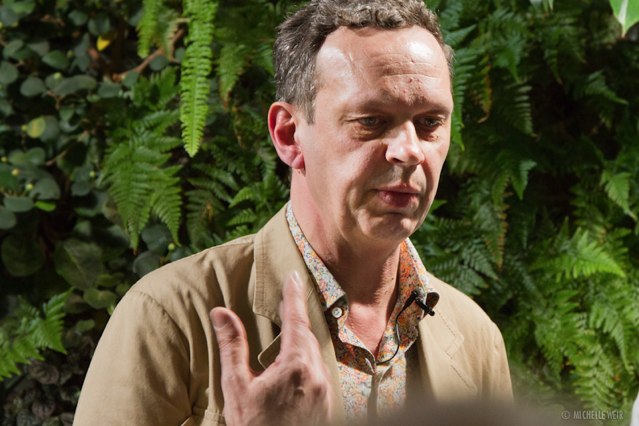 ECLECTIC is available from Simon James Concept Store at The Department Store and at Simon James‘ new pop-up store in Herne Bay.