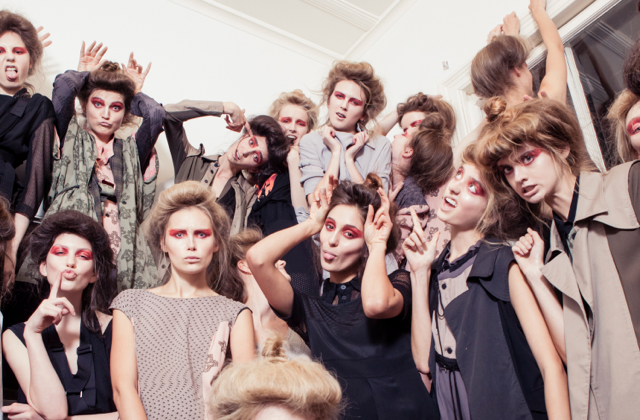 You could be forgiven for assuming that The MARR Factory sessions this year would just follow what happened last year and simply showcase in-season collections…which would have been perfectly fabulous as they were so great last year. But no.  They decided instead to make them better. Each label has given its show its own feel rather than a runway show in a crowded (but not too crowded) bar. NOM*d  pushed the bar higher with its beautiful styling showcasing FANS their SS2013/14 collection.  Inspired by Malcolm McLaren (I could have sworn I heard Puccini’s Un Bel Di Vedromo which was sampled by MM for his song “Madame Butterfly” being played as part of the soundtrack) the collection has an 80’s vibe that is purely NOM*d-esque. I loved the repetitive use of the triangle in prints on tees and dresses, but especially on the cutout detail on the back of the tees. With a wildly tousled bun styled by Matt Benns from Stephen Marr and the Japanese geisha inspired eyes and make-up done by Amber D for M.A.C. – both of which were perfect.

A highlight too of the week has been the fantastic photographs by Oliver Rose, with shots of the models getting ready and messing around backstage.  It has made the whole week seem like the party it has been. With one more show to cover, Kate Sylvester, I can’t wait to see how she makes her MARR factory show her own. 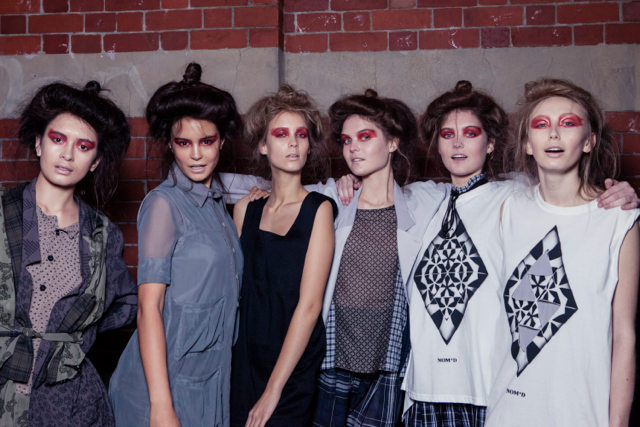 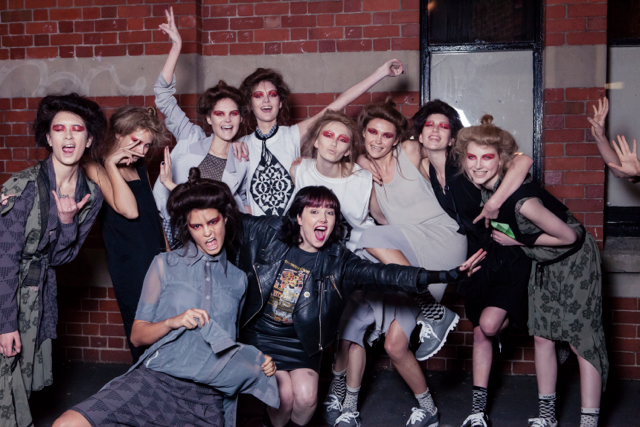 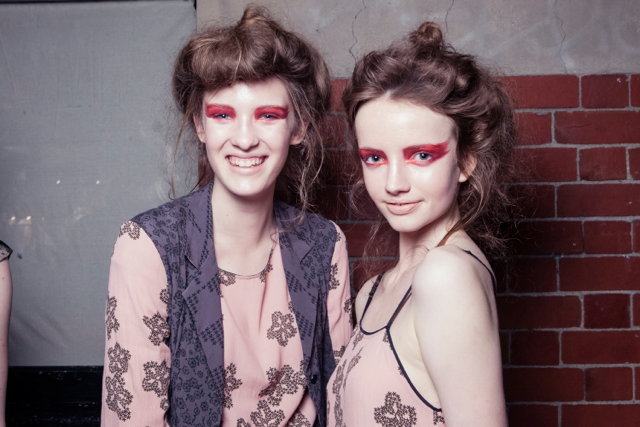 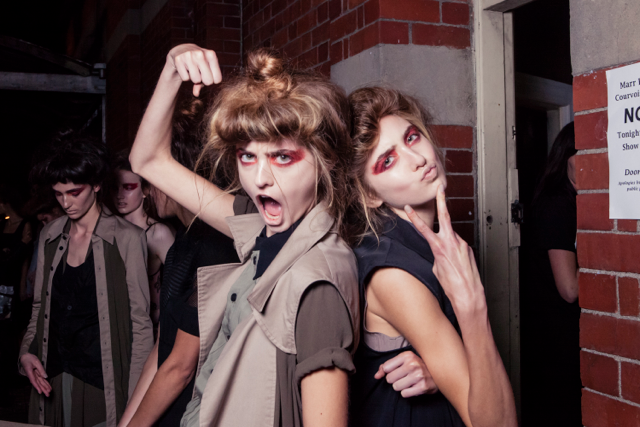 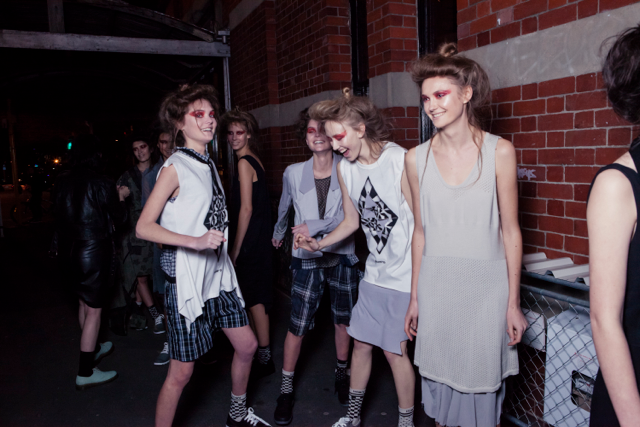 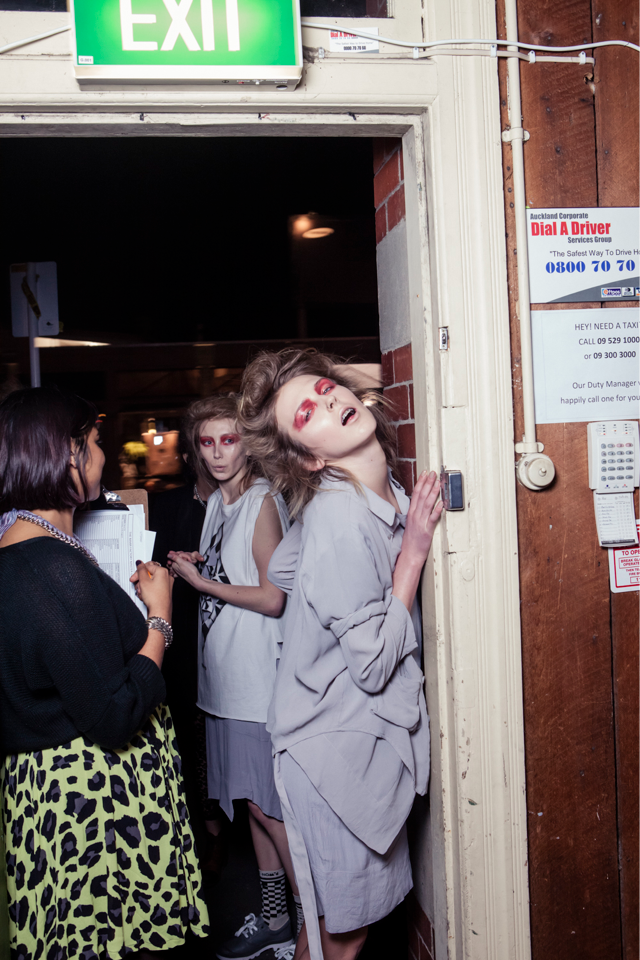 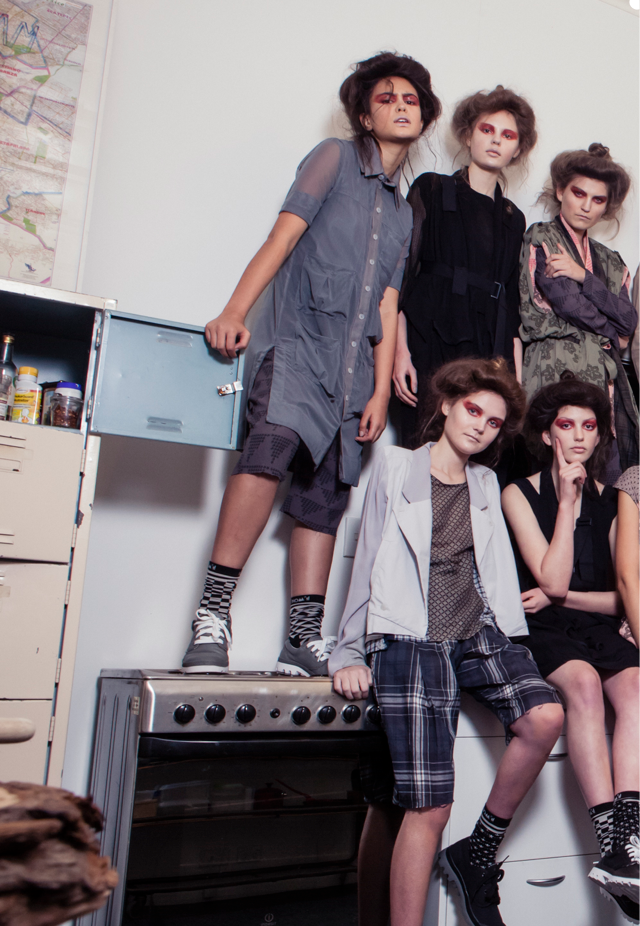 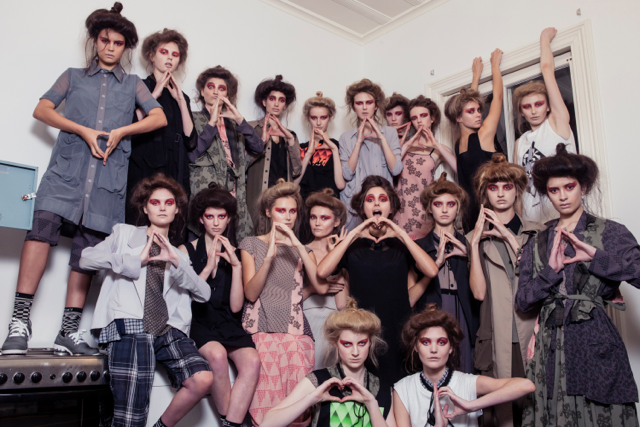 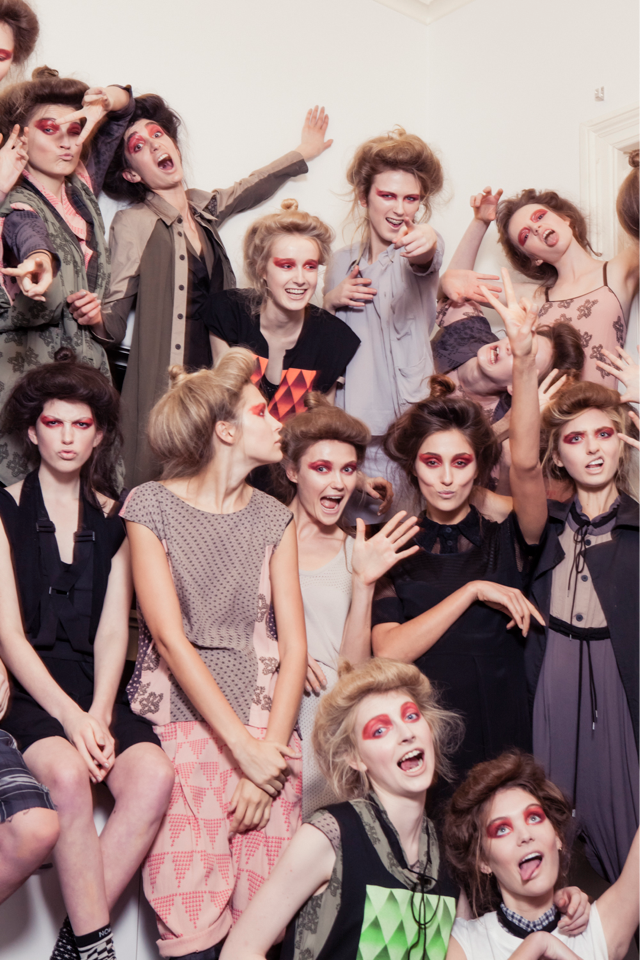 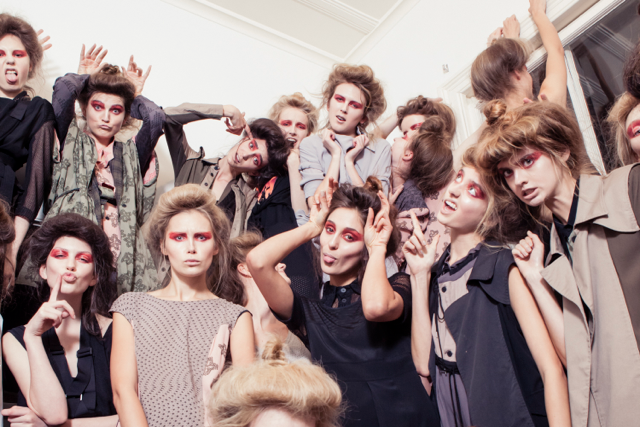 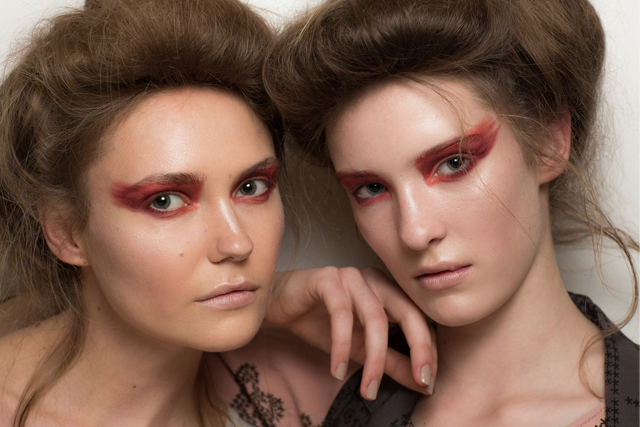