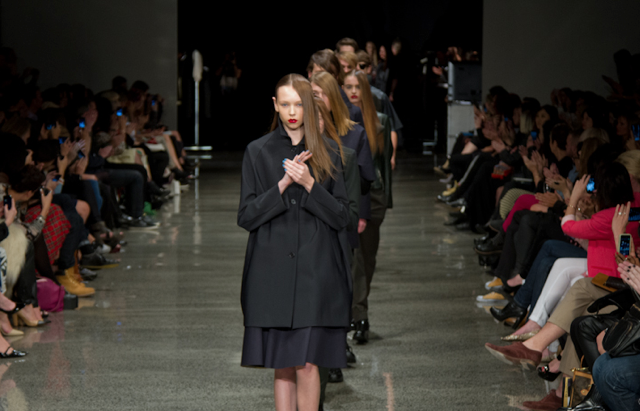 It always fascinates me how chameleon-like Zambesi can be.  How much they stick to their own vision, their own aesthetic and yet completely mix it up.  You would be forgiven for thinking that silk and layering (and sequins/beading) are key Zambesi features, but after last night’s show you would have to re-assess that thought. Shedding layers for simple almost Quaker-like shapes, tulip hemlines and raw edges (a long-running Zambesi feature). With matte coloured cottons and the most muted of colour palettes – soft blue, khaki and a startling deep red, everything had an understated simplicity about it. Zambesi seem to know what we want before we know, a simpler, more tailored look is what we will be wearing next winter.

It was all about the tailoring with the layers removed. With 50’s inspired nipped-in waistlines, exposed elasticized waists for the dresses, back to front jacket buttoning, long mens jackets, and perfect Zambesi suiting for both men and women. All with their trademark attention to fabrics with superfine wools. And the garments continue to be New Zealand made which we are incredibly grateful for.  I was speaking to Jorgen Simonsen (Paris-based designer who has worked with Versace) and in a fleeting visit to NZ recently managed to fit in shopping at three Zambesi stores.  Not only did he love the clothes (he was wearing them with I met him) but he said the thing that he was most happy about was the Made In New Zealand label inside them.

And then there was the show itself. Instead of the models walking from backstage, the backstage came to us with the stage wings moving to reveal all the backstage drama.  With Amber D from M.A.C. touching up the makeup, Jason Chong-Li from Stephen Marr finishing the hair, Dayne Johnston finishing each model before they walked forward onto the catwalk. Even Liz Findlay was there straightening, sorting and generally just making sure it all went as smoothly as Zambesi shows do.

The hair was by Jason Chong-Li for Stephen Marr with a side-swept slick look. The shoes were Doc Martens. And the ankle gumboots – I seriously need to know where they came from… 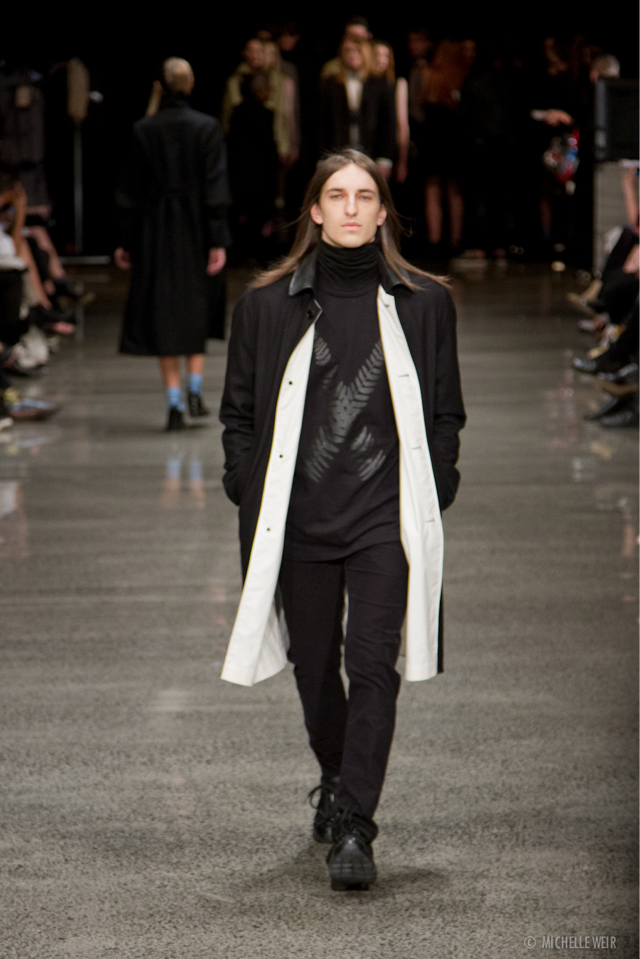 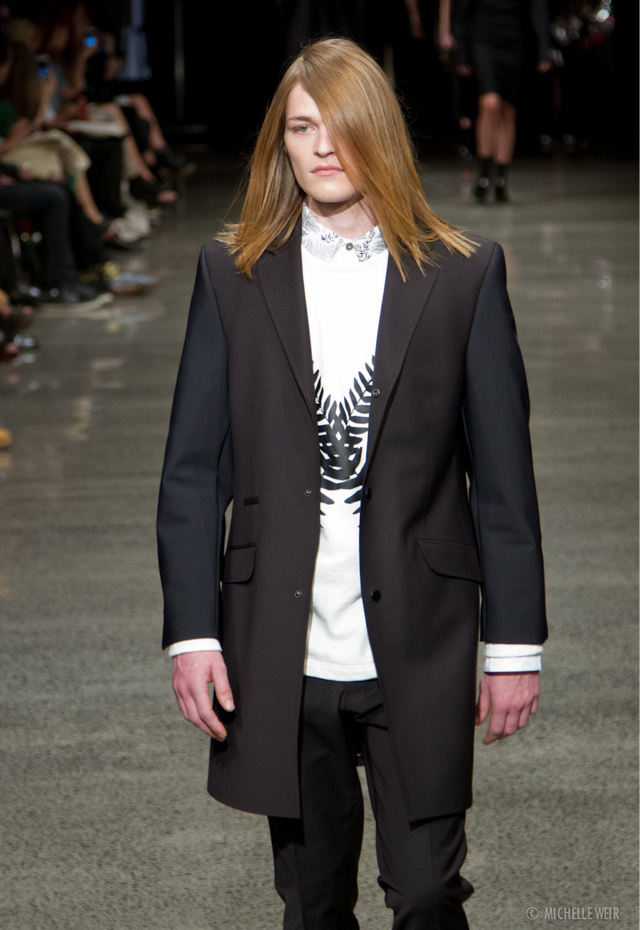 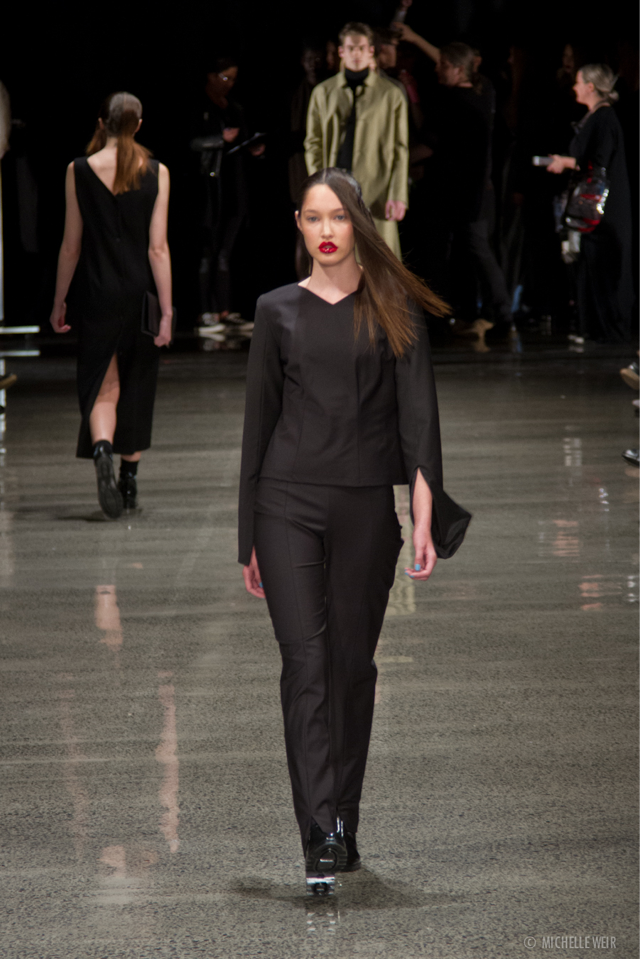 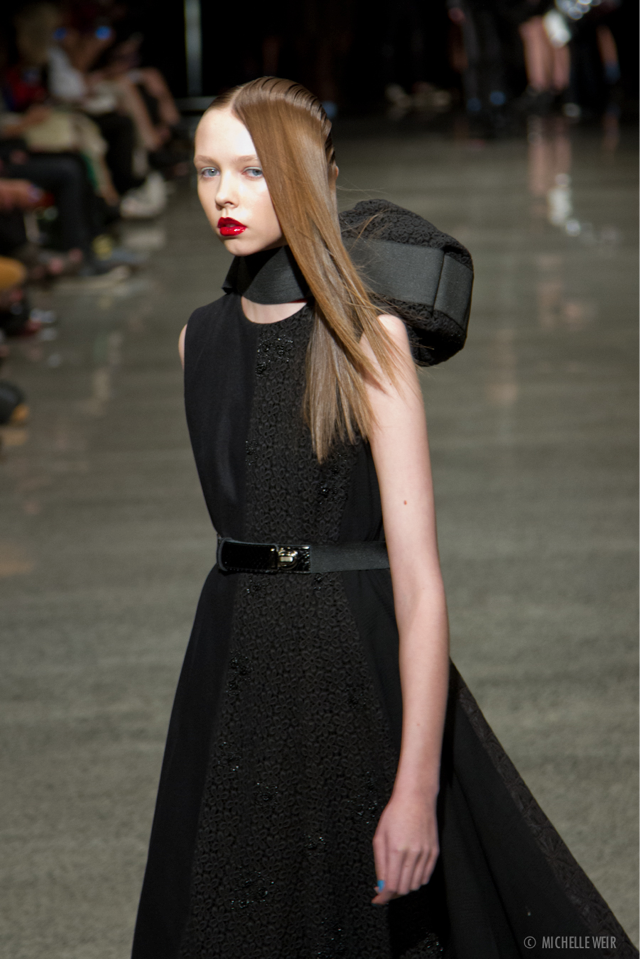 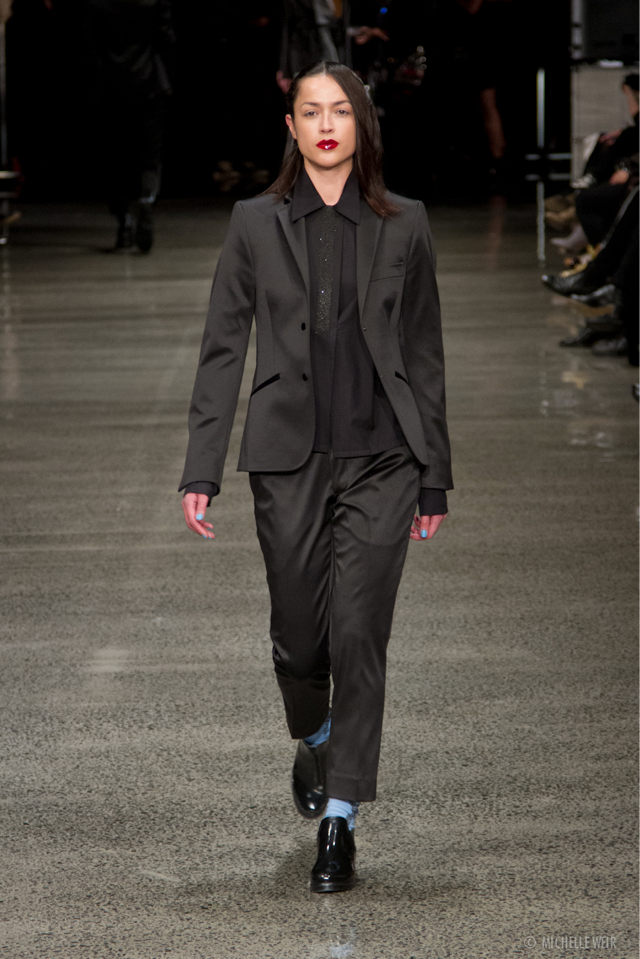 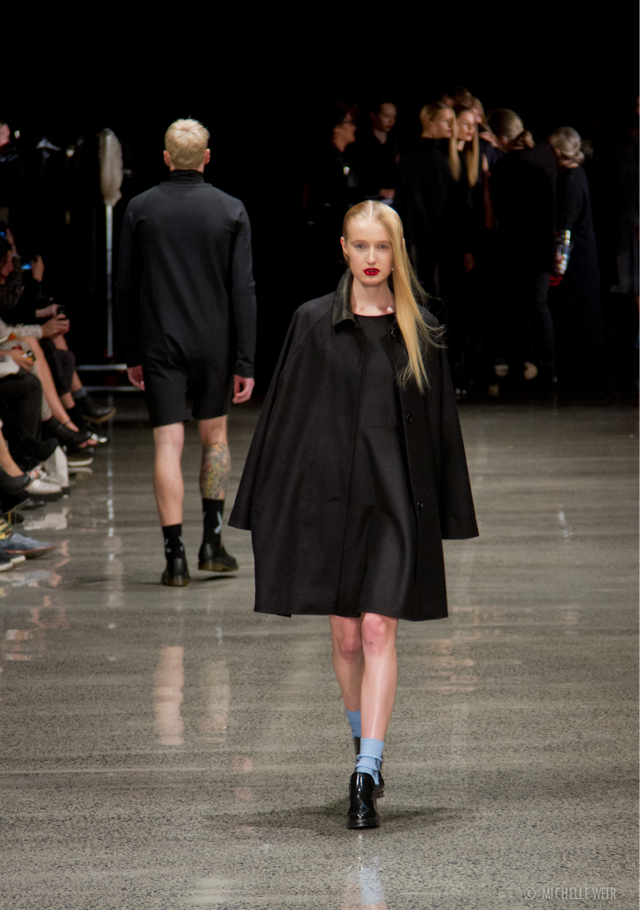 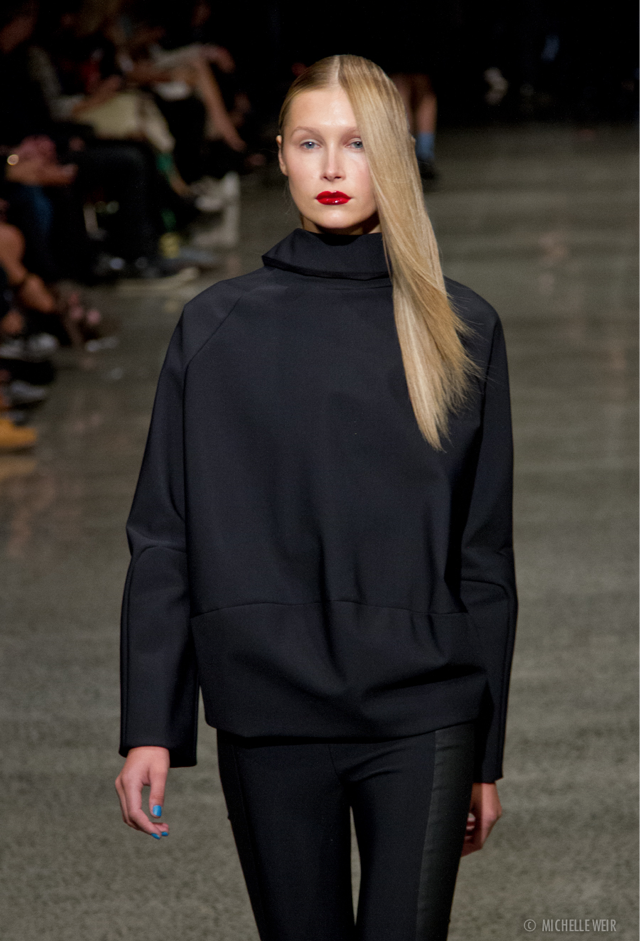 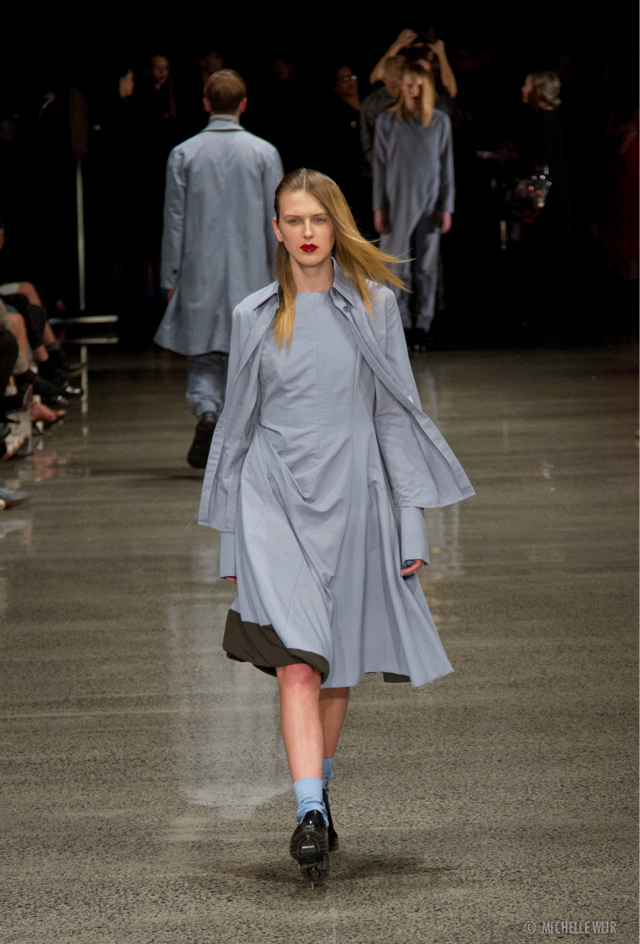 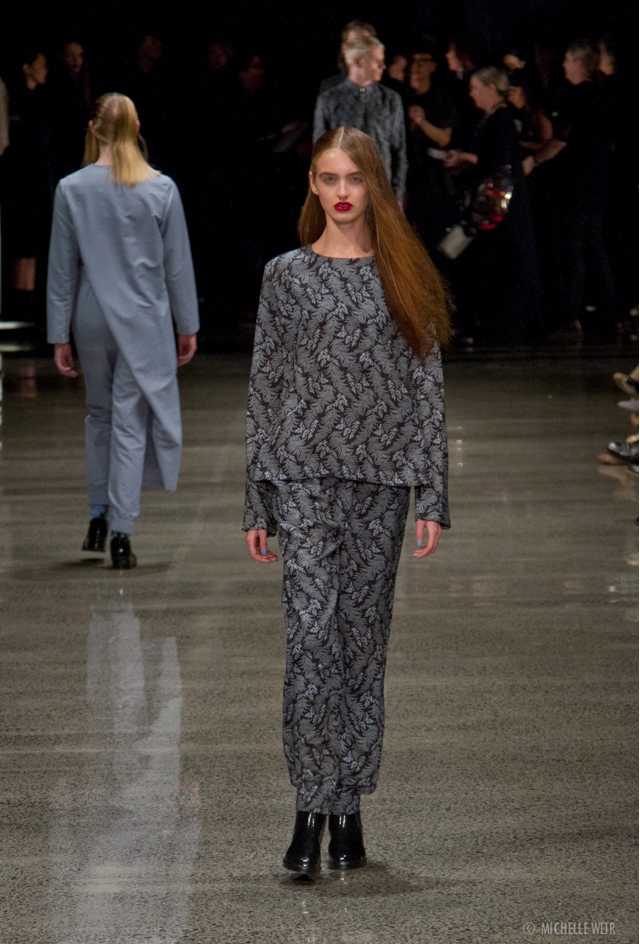 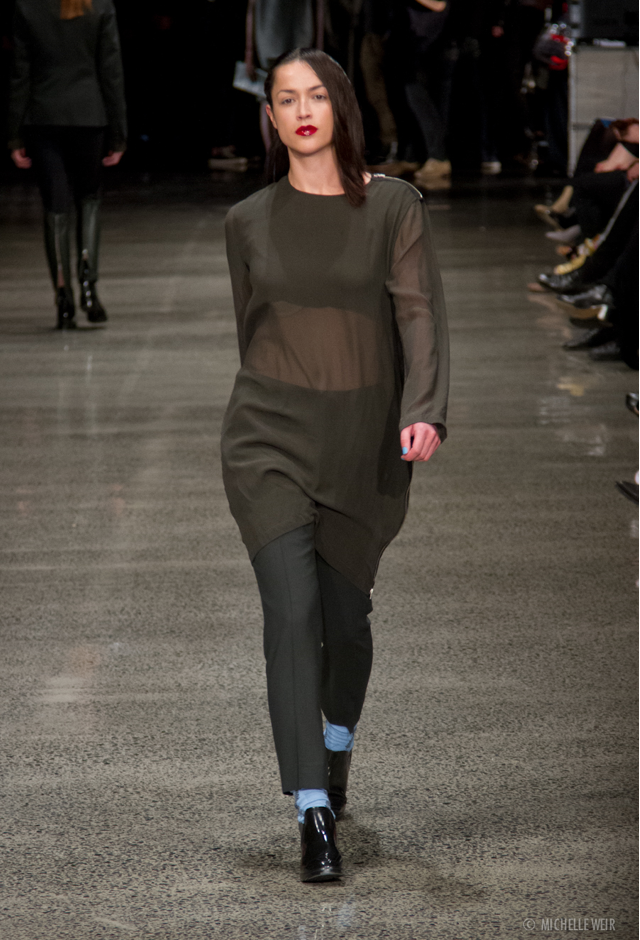 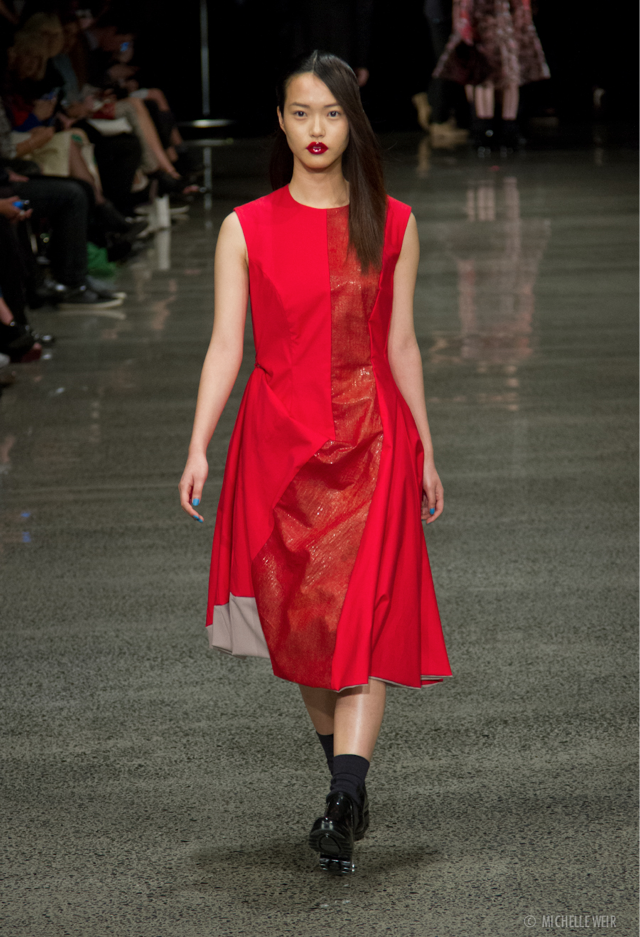 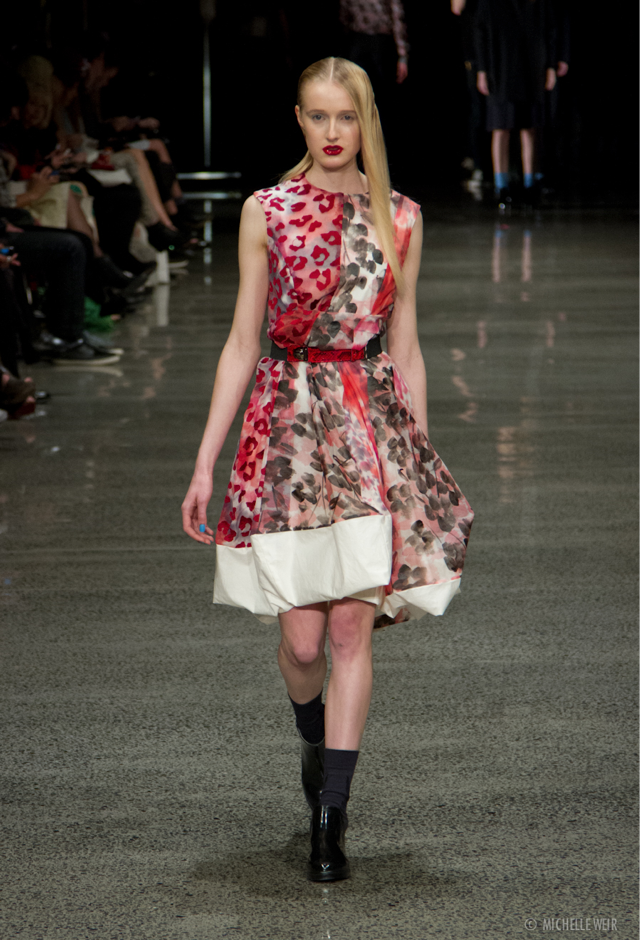 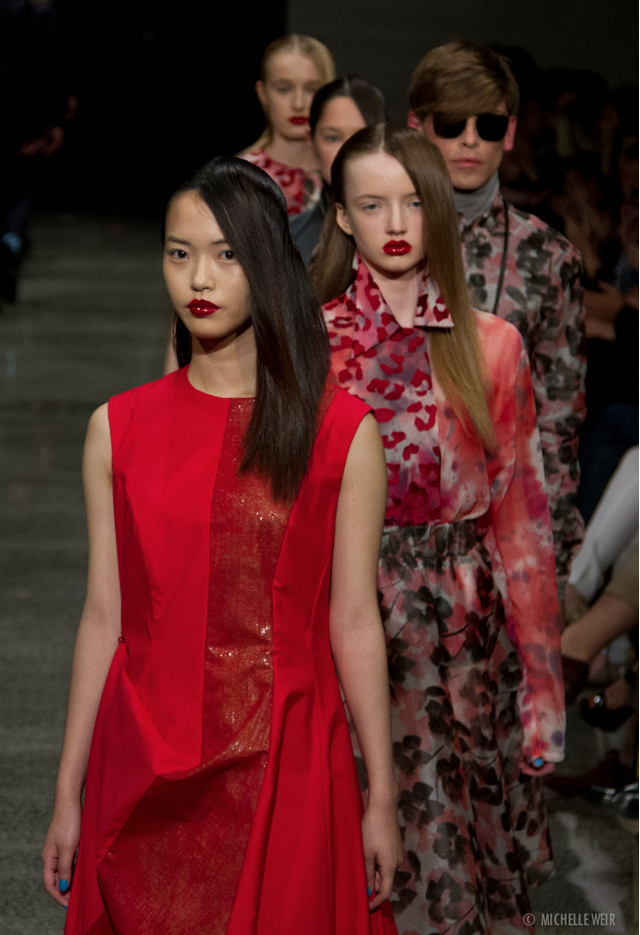