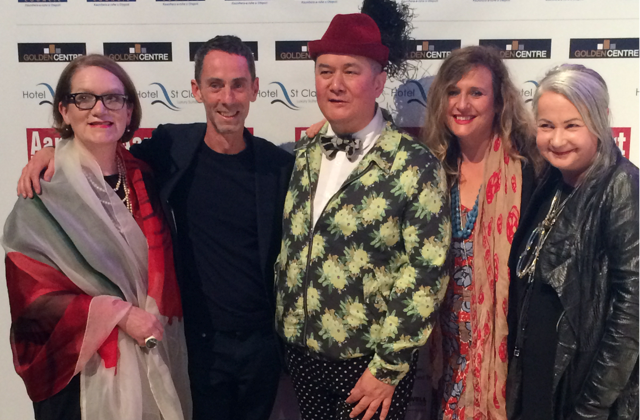 Sometimes I am at a complete loss where to start with these amazing collective shows. The breadth of the creativity is sometimes a little overwhelming.  This year’s iD International Emerging Designer Awards was even more difficult than usual.  When speaking to some fashion media who have attended all previous iD show over the last ten years, the general consensus was that this year was an absolute standout and the best to date. With 26 collections showing, and nearly 1400 people packed into the newly renovated Dunedin Town Hall, it was a fantastic night.

Overall the editing for the collections was impeccable, the range of creative and technical based processes was breathtaking, and we will – without a doubt be seeing many of these people moving with confidence into their chosen field. The construction and tailoring was also to a very high standard.

The winner was Italian-based Mahshid Mahdian from Brera Academy in Milan with her collection, ‘Shadow’, inspired by the beauty in the shadows and reflections of Burano Island in Venice. The Judges were united and unanimous in their decision with iD judge Frances Hooper saying “Mahshid captured a moment in a heartbeat.. When you looked at her collection, you knew she had it just right. It delivered on that inexplicable x-factor.” 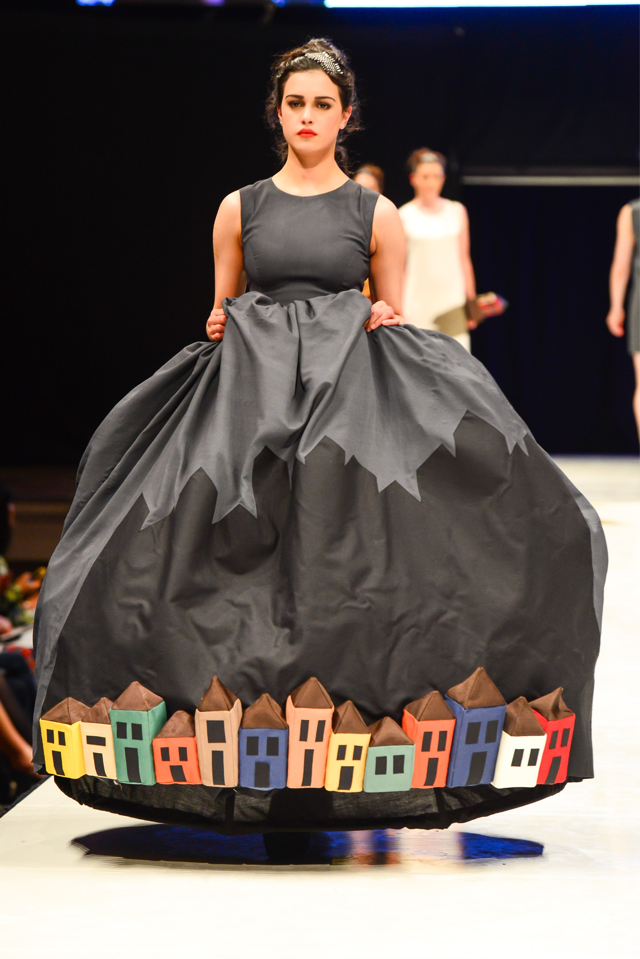 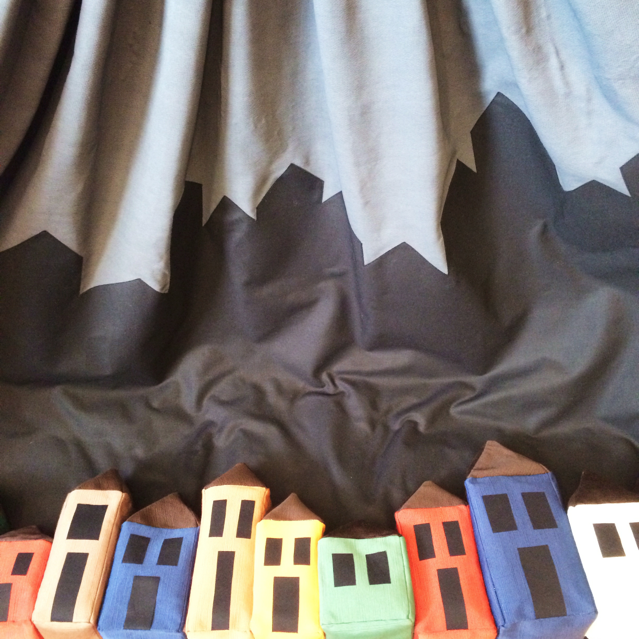 The runner up was  Alanna Barca, 22, Royal Melbourne Institute of Technology, Australia with her collection Ornamental Forms – a light, airy collection with a very complicated process under pinning it. Working with a digital printer, patterns where transferred onto the fabric then embroidered over the top. From the catwalk the garments looked one way, but when you got closer you could see the amazing amount of detail in the fabric even before the garment was put together. It was a standout collection for me. 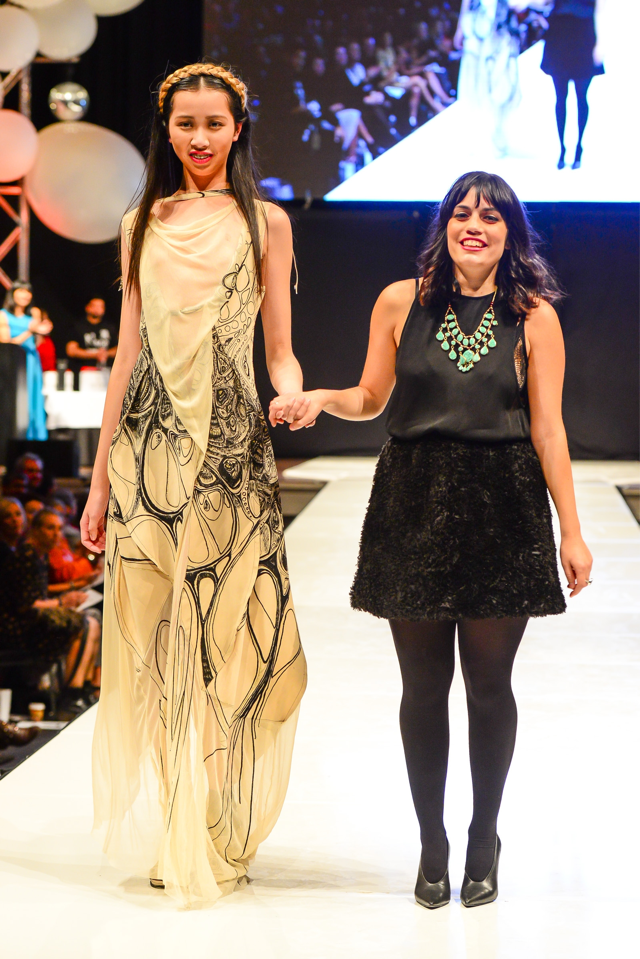 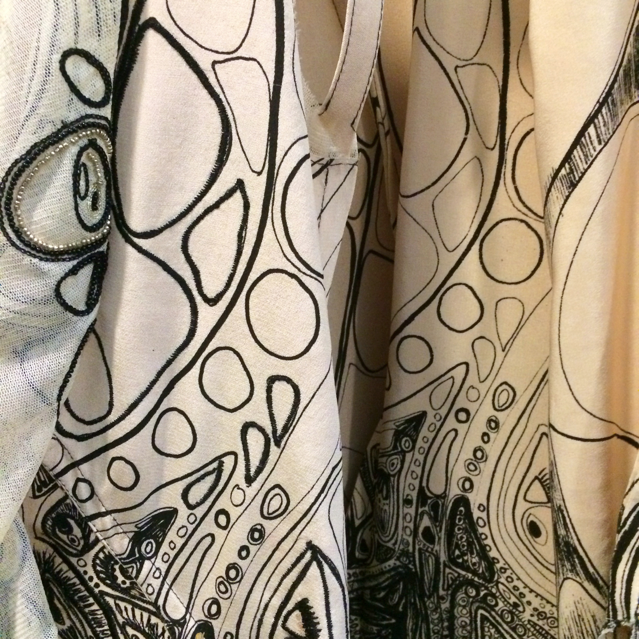 Chin Hau Tay, 22,  from the Royal Melbourne Institute of Technology, Australia was the second runner up with an exceptionally playful collection called Bewear Bear! Working with materials more commonly associated with soft toys, combined with tartans and a fun approach to scale, the pieces where a perfect way to finish the entire night.  On a definite high note. 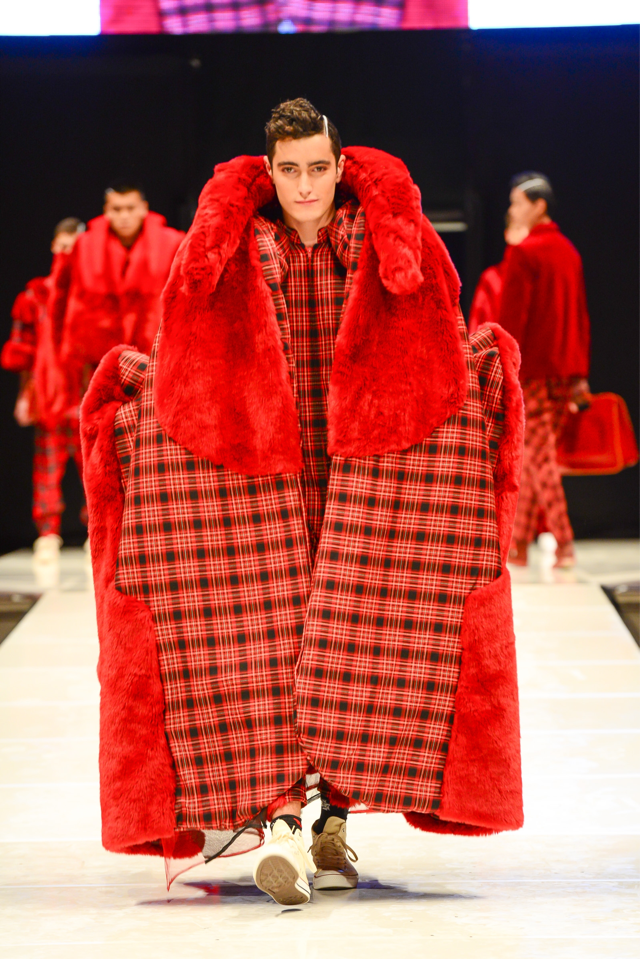 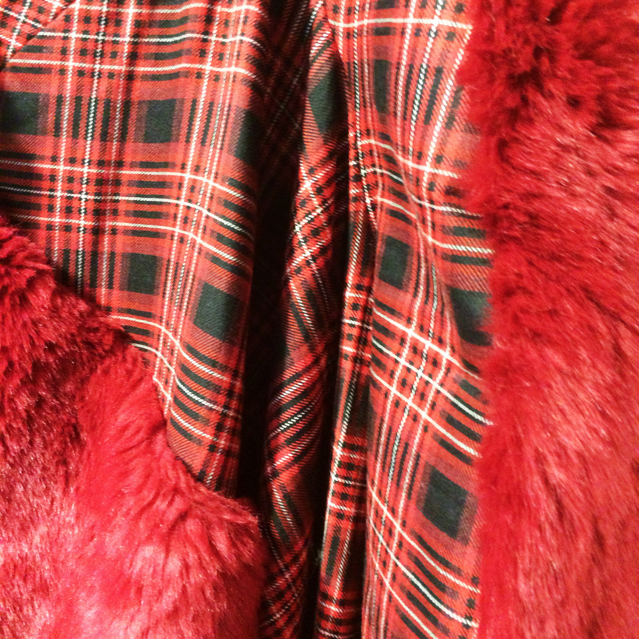 The Fabric Store Award for Excellence in Design was awarded to Anna-Marie Gruber, 22, University of Technology Sydney, Australia. Her Disconnect collection was entirely knit-based and combined a geometric feel with the strong textural component. 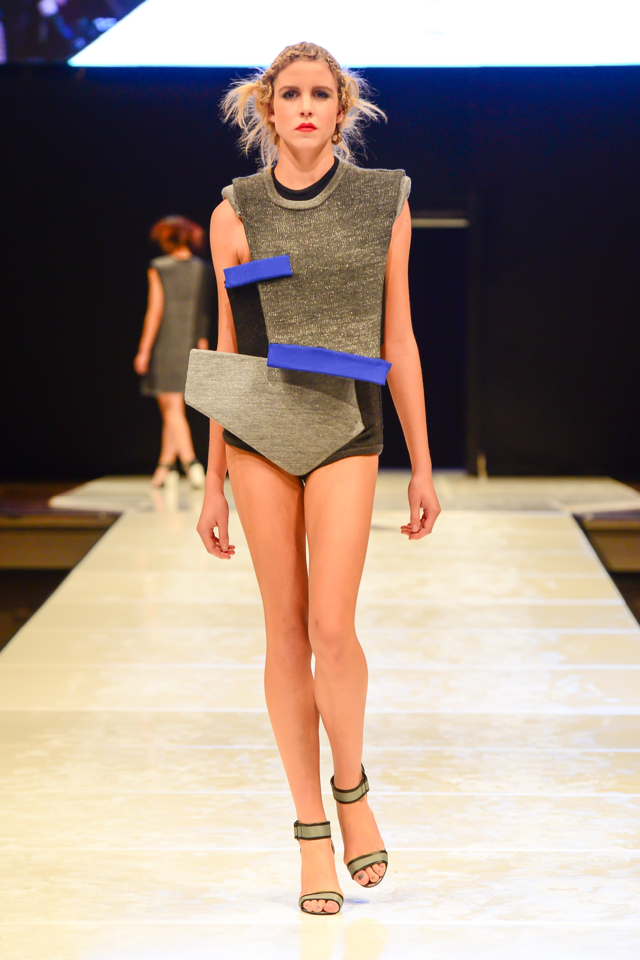 Massey University’s Lucilla Gray won the New Zealand Light Leathers Prize with her stunning Hyper Floralis collection.  I had already seen this collection several weeks ago at the Industry Hair Awards in Auckland and noted its amazing construction and heavily textured feel and strong use of colour. Neoprene was layered up to achieve the strong three dimensional component, and the judges wanted to encourage her to use the medium of leather as well, which was why she was awarded the Light Leathers Prize. A very wise move. 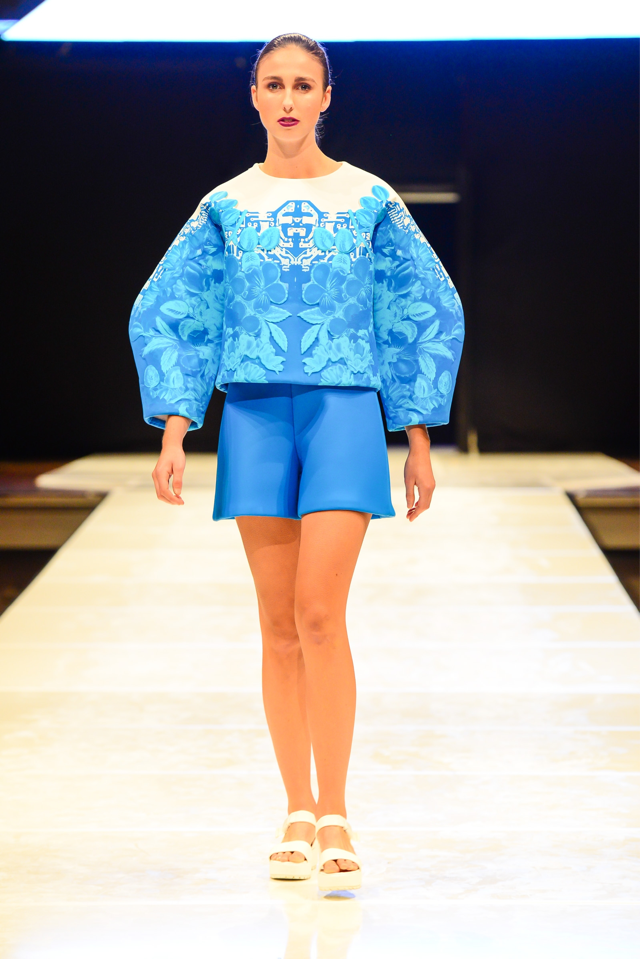 Dunedin’s Golden Centre Mall Most Commercial Collection Prize went to Mook Attakanwong, 22, University of Technology Sydney, Australia with a be-jewelled and sequinned collection called Libertine. With a strong palette of colours, and textured fabrics including brocades with checks and stripes.  With luxurious embellishments and gorgeous bright polka dot and stripe sequins it was a whole heap of happy on one catwalk. 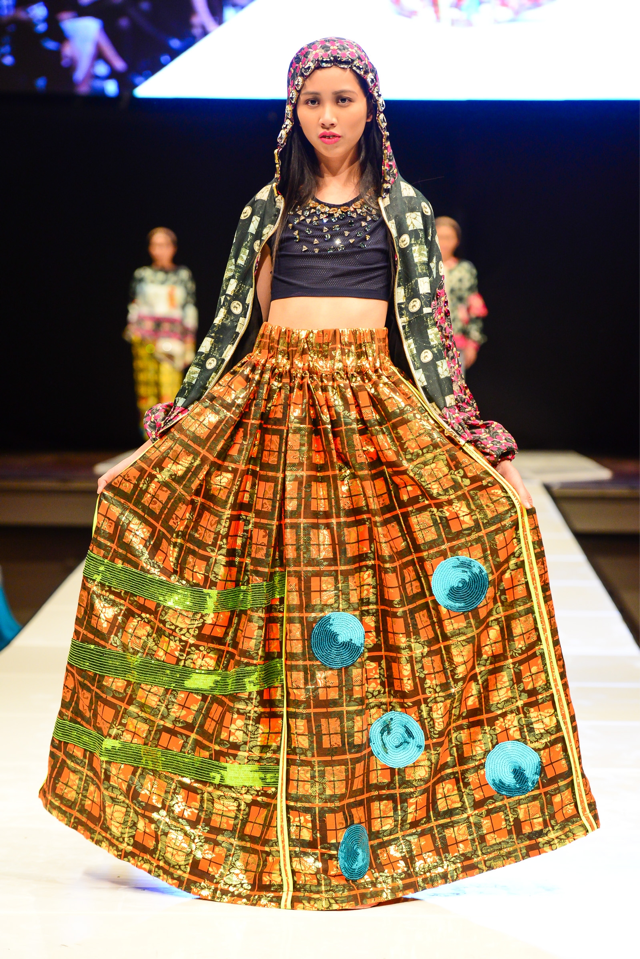 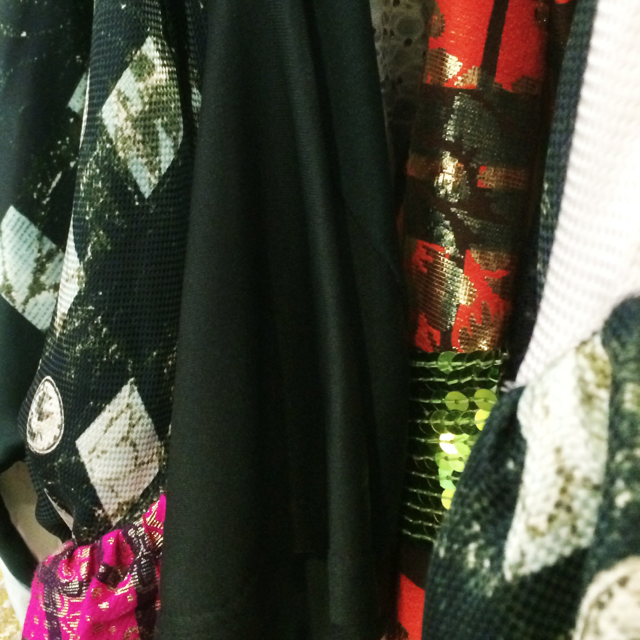 The surprise of the evening was the unexpected announcement of an internship with Paris-based Martin Grant. In special recognition of his collection and potential, the judging panel awarded Vaibhav Singh, 27, from the National Institute of Fashion Technology, India the unprecedented opportunity – something that has never been offered before. With Ornaments Of A Warrior, Singh used natural materials like wood and leather in the collection as well as constructing the incredible headpieces. I think he was a little overwhelmed when the prize was announced – even MC Carol Hirshfield was close to tears when she congratulated him! 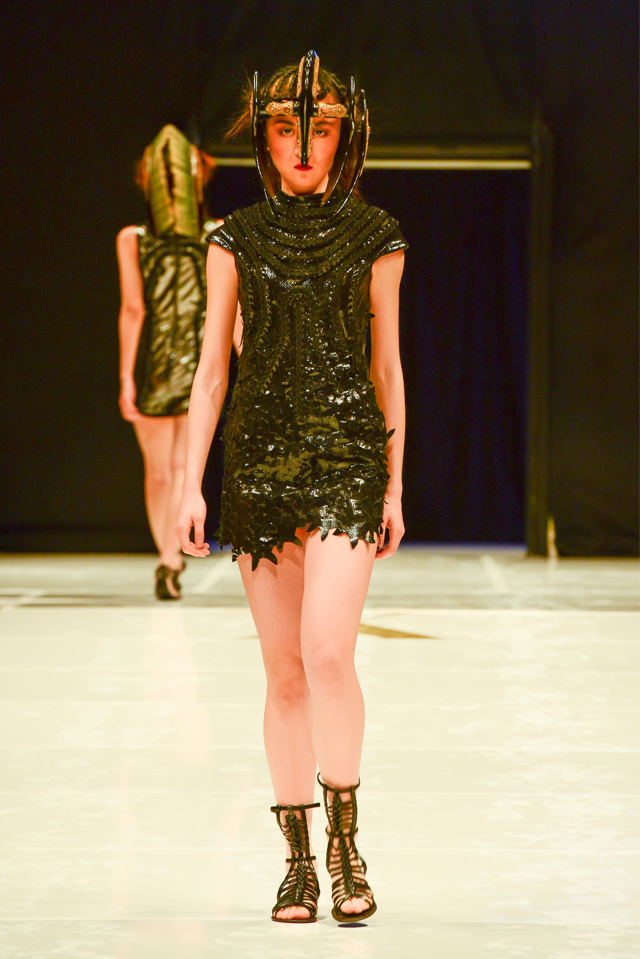 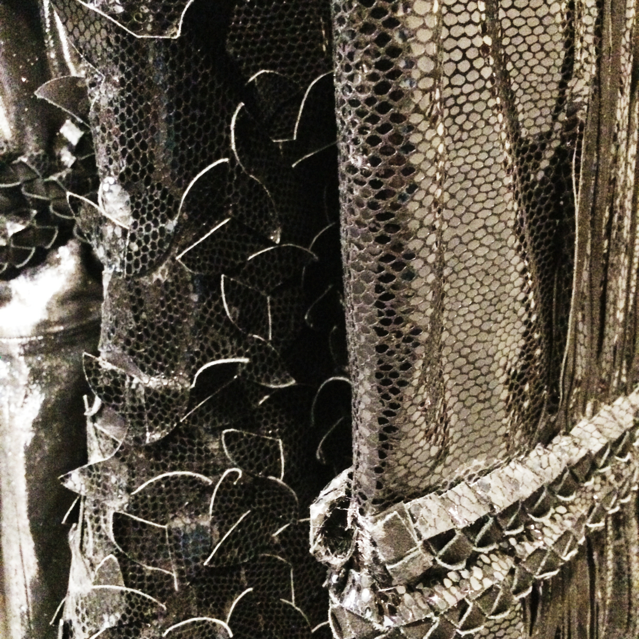 Part Two of the International Emerging Designers will follow shortly with my picks of the remaining collections that stood out for me.