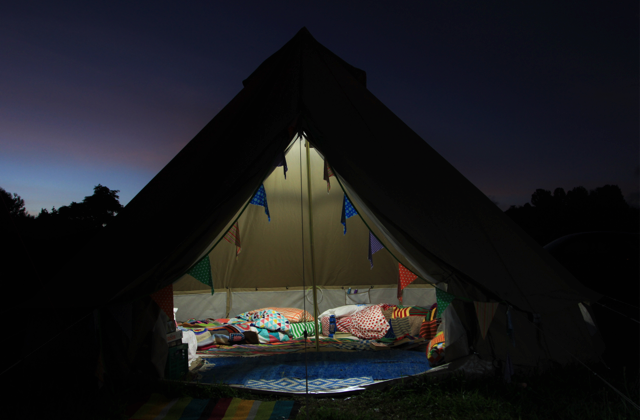 Ok, so I have been very remiss not getting this post up. The summer holidays where such a very long time ago and we are nearly at the beginning of the second school term.  Where the heck did all the time go?  I will answer that at some point but I assure you – that is another whole post in itself!

So the last post on glamping I did featured our marvelous container so this post had better be about the fabulous tents. Two summers ago I got to go glamping in the Wildernest tents at a music festival.  And glamping it most certainly was.  I am now permanently ruined for camping for life. We had beautiful beds with mattresses and real linen and bedside tables and lanterns and a 24 hour concierge.

So when we decided we needed tents for our piece of land – the Wildernest ones were the only ones I wanted. That way I could organize my own glamping, just without the 24 hour concierge (cos basically that is just my job as a parent sometimes).

The thing to note about these tents is that have been worked into the plans for the new house – they will be our guest accommodation when the house is filled to the brim with family. They are particularly sturdy and we have actually had them up permanently since Xmas – having only just taken them down at Easter. So it made it super easy to just arrive, open the container and pop the beds in. It took about half an hour to get it all set up and ready to go.  The tents themselves take us about half an hour to get up and down respectively and two people can do it easily.

The children’s tent has four single mattresses in it so we always have a spare bed for guests – and the bedding is just a big mismatch of colours and patterns. I have collected bedding over the years from IKEA, Collected, Kip and Co, Kmart – with the beautiful blankets all knitted by my Mother (with a couple from TradeMe). The floor is covered with rugs – the tents have to double as lounging space, sleeping space and even “alone time” space as the container isn’t exactly enormous and with three teenagers on site everything has to be a bit multi functional as all camping is.

Our tent had some lovely grown up bedding from Madder and Rouge – as I quite simply can only glamp.  I make no bones about that!  We all had such a wonderful summer up there, with the weather cooperating all the way.  And even though we are nearly at the end of the planning stage for the house we want to put on our piece of land, we are all secretly hoping we actually get another summer in our tents and container…

So here they are – all glamped up and shot by my very clever Daughter. But may I add – photographing tents is actually a really tricky business! 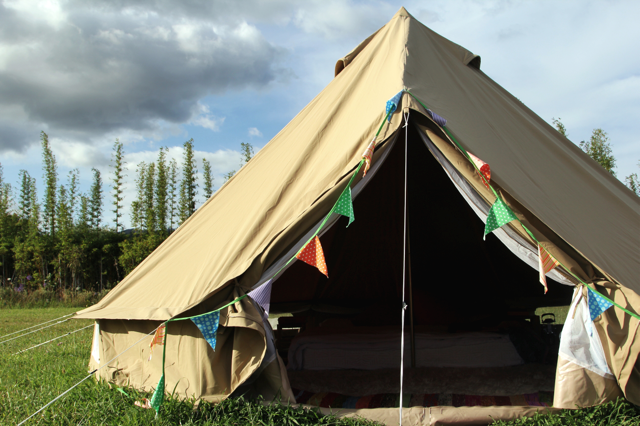 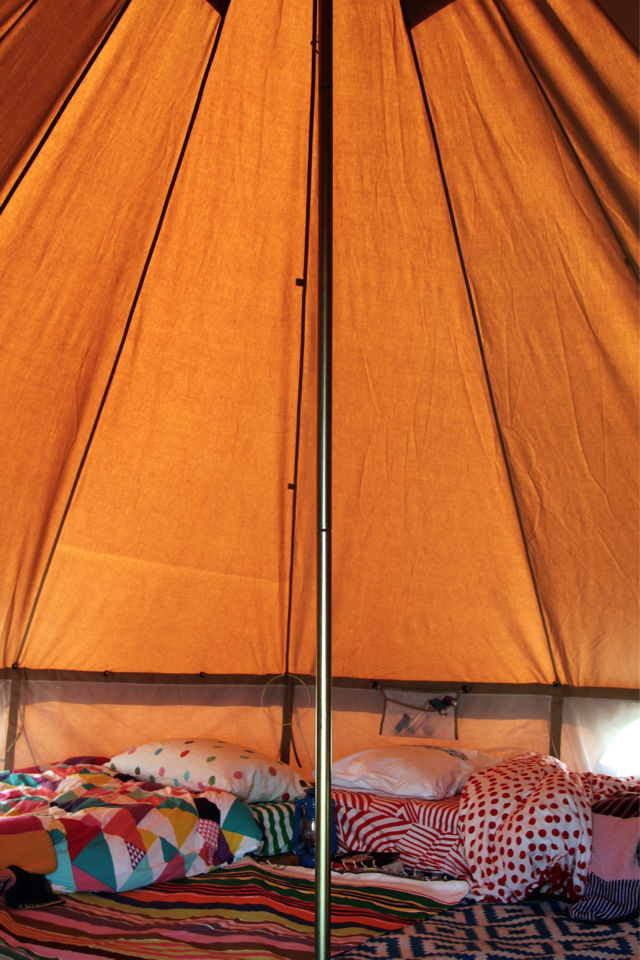 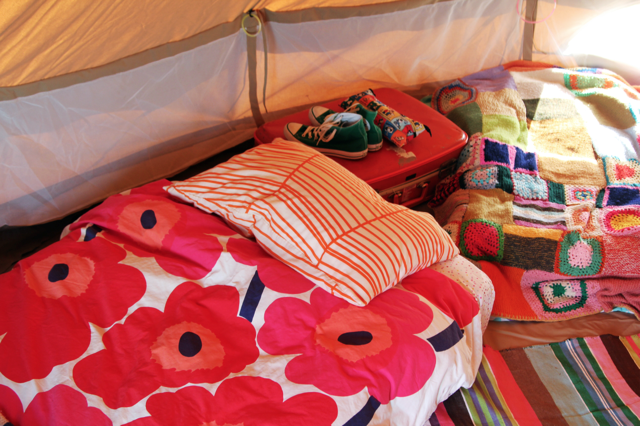 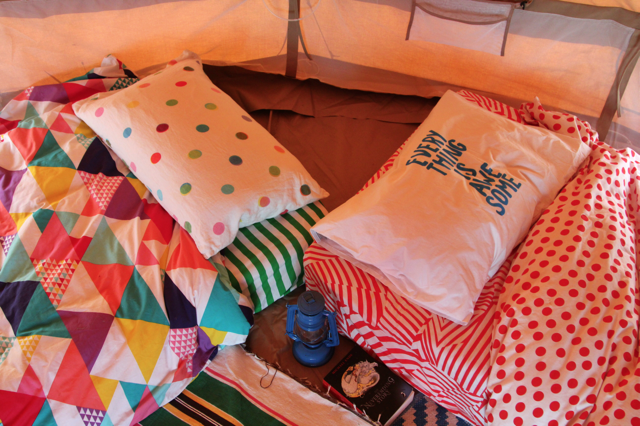 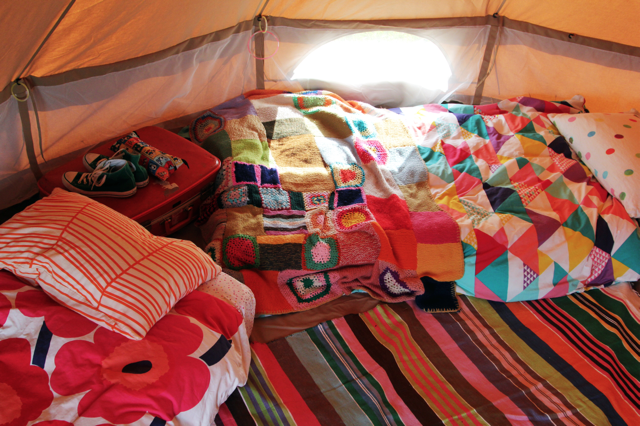 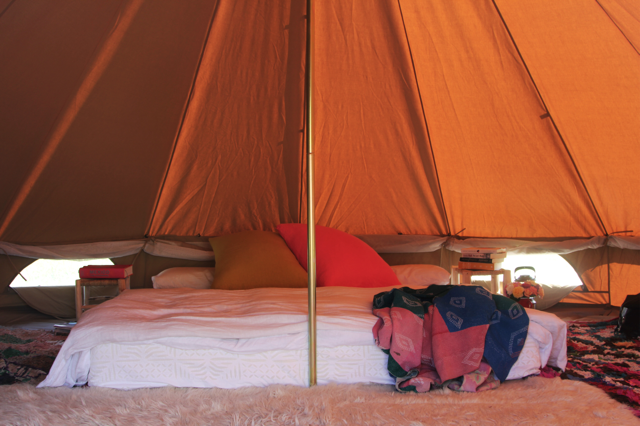 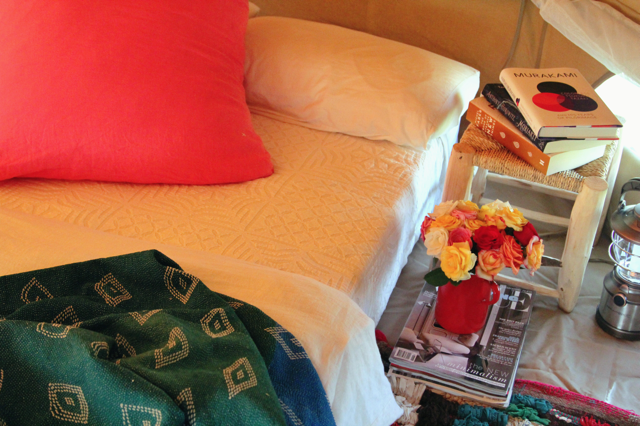 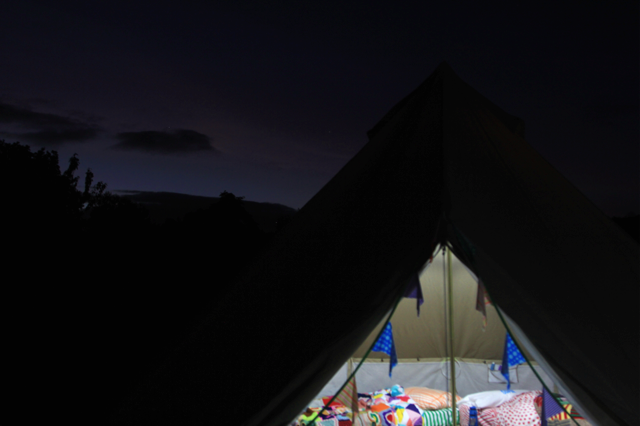