the house of geek

Our house is a rather large, grey old stone house that from the road is a little foreboding. The first time we saw it were called it Bleak House after the same titled Charles Dickens novel, but my youngest son (10) piped that as it was our house it should be called Geek House.  Out of the mouths of babes and all.

We are most certainly the House of Geek and tremendously proud of it. Though I was sporty as a child (swimming gymnastic and HORSES) I have always loved all things fantasy. Realism was/is always too boring for me, maybe that is why our houses are always a little quirky… My greatest loves were the double bill of Star Trek and Dr Who. Add in Blakes Seven (soon to be re-made very excitingly), Star Wars, Space 1999 and Sapphire & Steel (I really am going way back now – I am scimming dangerously close to fifty) – and you have my TV/film favourites. The Lord of the Rings and the Pendragon Books came later but the obsession never really died. I probably put it away somewhere neatly so that no-one could see in my twenties. It wasn’t particularly cool and I didn’t really know ANY girls who had the same interests as me. The birth of your children seems to a clear signal that all bets are off and I dived straight back into it all. I am very blessed with four children who are as interested in various parts of the fantasy sci/fi realm as I am. Star Wars (the originals only please) and Star Trek (especially beloved by my children is the new reboot) are still high on the list, but add in Pokemon, Serenity, Firefly, Twilight, Studio Ghibli and you have some idea of what goes on in our house. We love board and card games – Dominion, Catan (the star trek version of course) and Magic, The Gathering. We watch all the new TV series’ that are available Primevil, Once Upon a Time, Fringe (dear God I love that), Fallen Skies and anything else we can find.  We are looking forward to Iron Man 3, Oblivion (yes, I am looking forward to a Tom Cruise film for the first time), Star Trek Into Darkness, any Marvel film they throw at us as well as anything else by JJ Abrahms or Joss Whedon.

Armageddon is our favourite time of the year when the children dress in whatever costume they have been organizing for the previous 6 months, Madeleine as a full-sized Totoro, Theo as a Jawa and Riley at the current incarnation of the Doctor – Matt Smith.  People often ask what I am dressed as, unfortunately I just go as my gothically dressed self…hmmm…

But easily the most beloved of all in our house is Dr Who. My Eldest Son seems have had devoted his somewhat considerable brain capacity to memorizing every episode, villain, story writer, companion and story line from the ninth (Christopher Eccelson) to the current eleventh (Matt Smith) Doctor. His room is painted ‘Tardis’ blue for heaven’s sake! His favourite Doctor is David Tennent, Mine is John Pertwee (he was my first Doctor – you always remember your first), Matt Smith is Madeleine’s, and Theodore’s is Sylvester McCoy. We love everything about it – the current very clever writing from Steven Moffatt and Russell T Davis, to the wonderful villains – the Silurians, Slitheen, Cybermen, Adipose, Sontarans, the originals -The Daleks and my favourites The Silence and the Weeping Angels. We are waiting for two things to happen this week, the second half of the current series of Dr Who with Matt Smith starts, and the stars have alighned so that four Doctors will be together for one day in Auckland this Saturday.

Yes. It is as close to Doctor Who nirvana as could possibility happen in my family (except David Tennent personally visiting us) – and we will be there. The Doctors four thru to eight, Peter Davidson (the youngest ever Doctor), Colin Baker, Sylvester McCoy and Paul McGann ( who was in an ill fated American Dr Who movie). They will be together with every other Doctor Who fan in Auckland and possibly New Zealand.  Called Lords of Time it is at Auckland Girls Grammar from 9am til 5pm. I will be there with both my own children and various other Doctor Who fanatics that we happen to know. I know there are a few tickets left as friends where buying them first thing this morning. They are available here.

The excitement is palpable in our house. We couldn’t be more excited if the Tardis actually appeared in our back garden…

* I take no responsibility for spelling mistakes with Doctor Who characters, or inaccuracies in factual data.  Blame the Son who fact checked this. 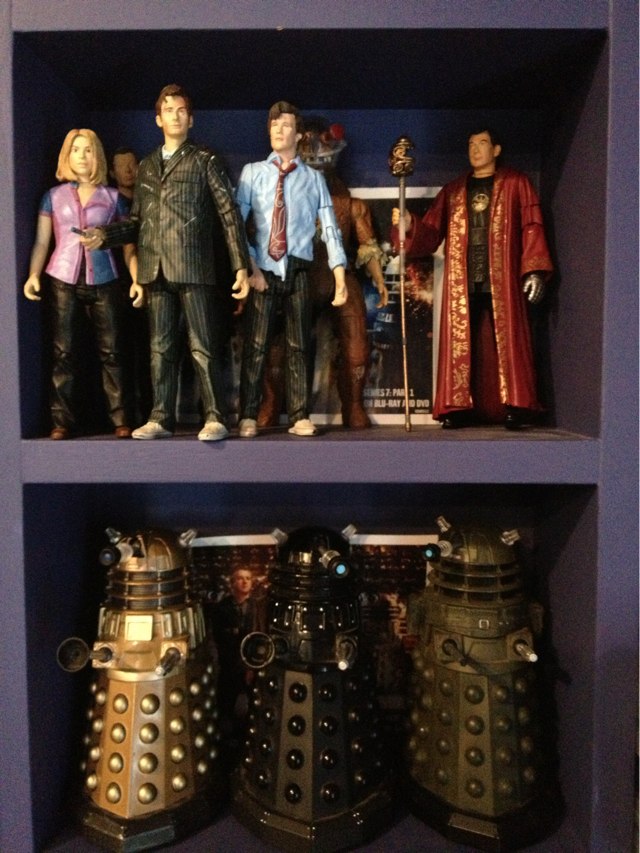 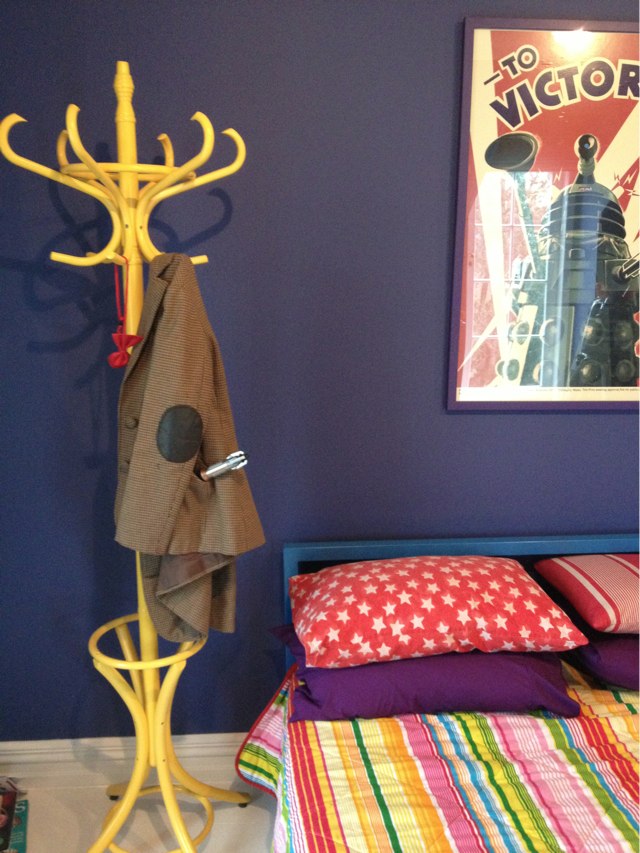 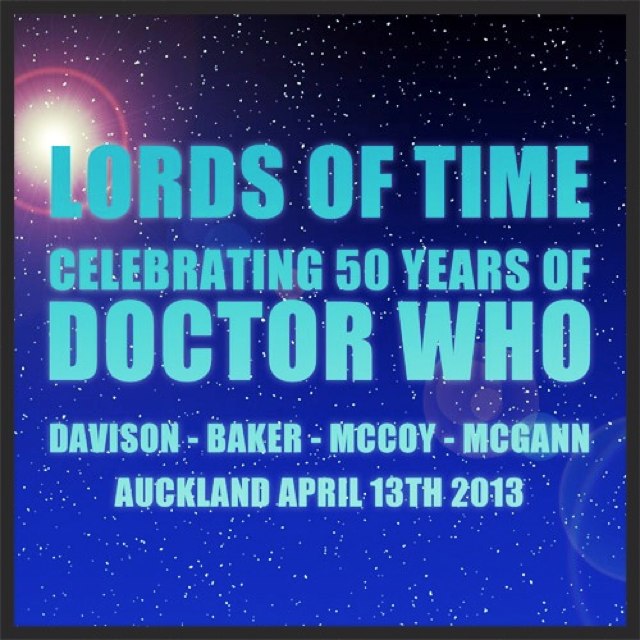