Every now and then, a film comes out that has the fashion crowds salivating like Pavlov’s dogs before the red carpet has even been rolled out. In the past, these have included Coco avant Chanel, Bill Cunningham New York, Diana Vreeland: The Eye Has To Travel and pretty much anything that super-stylist Pat Field (of Sex and the City fame) puts her hand to.

Without a doubt, the most hyped celluloid fashion this year is Baz Luhrmann’s latest offering – The Great Gatsby. With his trusty costume designer wife, Catherine Martin, by his side, Luhrmann did not disappoint.

Based on F. Scott Fitzgerald’s novel of the same name, The Great Gatsby is set in New York in 1922. It was a time of economic prosperity and excess, after the hardships of the First World War. Luhrmann’s version of Fitzgerald’s work, often referred to as the great American novel, is a reasonably faithful rendition of the book. It tells the tale of a young Midwestern man, Nick Carraway, who moves to New York after the war to pursue a career on booming Wall St. He moves into a gardener’s cottage on one side of Long Island, next door to Jay Gatsby’s castle-like mansion. No-one really knows much about the elusive Gatsby, except that he throws the most magnificent parties all summer, attended by all and sundry. On the opposite side of Long Island, lives Nick’s cousin, Daisy Buchanan, with her philandering, ex-sportsman husband, Tom. What ensues is a tale of love, money (old and new), fame and social hierarchy.

Visually, The Great Gatsby is sumptuous, with all the excesses of the era played out before your eyes. From the costumes, to the set design, to the soundtrack, it is a rich feast. At times I found myself wanting to switch off from the storyline in an effort to just take the beauty all in! It is truly extravagant. Martin, collaborating with Miuccia Prada in parts, has used the costume design to extend and define each character to great effect. I particularly enjoyed the contrast between traditional Daisy and her modern friend, Jordan. The costume differences between the haves and have-nots was also beautifully constructed and added depth to the tension between the two. While Martin has not followed 1920s style to the book (Jordan wears pants, for example), I felt she did a brilliant job of putting a modern spin on the Roaring 20s. In fact, that modern spin is what she and Luhrmann do so well. The soundtrack was another great example of this – from hits by Jay-Z and Lana del Ray to jazz age covers of Beyonce and Amy Winehouse, the music perfectly complemented the film, added grandeur and emotion in equal parts.

The themes in Gatsby are particularly relevant in today’s world, a factor in Luhrmann’s decision to remake an adaptation that has already seen five other versions. Newspapers and paparazzi were only just coming to the fore in the ‘20s, so “celebrity” is explored, including the fickle nature of fame and people’s attention spans. Gatsby spends five years building his wealth and persona in an effort to improve his status in society and therefore become worthy of the love of his life, Daisy. His carefully curated image, as perceived by the outside world, reminded me of the realities we create in our online lives – only showing exactly what we wish the world to think of us. Gatsby keeps his real emotions carefully guarded, away from the prying eyes of the public. I’m sure we’re all guilty of that at some stage. The danger is that Gatsby comes to believe his created world is real, when it’s not. As it comes crumbling down around him, it becomes a salient reminder to each of us to not believe our own hype – the life you create for yourself online is not real.

As beautiful as this film was, I did have a few gripes. Some of the book’s themes were given a very light treatment and the ending didn’t have the impact of Fitzgerald’s version. I often find that films give away too much, they don’t have the subtlety of their written counterparts and this was definitely the case here. I felt as though Luhrmann led the audience to the conclusion too easily, you sensed what was going to happen. You could see it coming. My lasting memory of the novel was my audible gasps toward the end. It had wound along a particular path for a while, then Bam! Bam! The unexpected action took my breath away, literally. The sequence of events was explained after the fact – this was not the case in the film.

Minor gripes aside, it cannot be denied that this film is a rich feast for the senses – and like most feasts, you’ll probably come out feeling a little overloaded and in need of a good walk to clear your head. It took me five days to get my head around it enough to write this review and yet, now that I’ve digested it all, I’m about ready for a second sitting. Leonardo di Caprio was spectacular as Gatsby, raw and powerful, while Carey Mulligan was equal parts captivating and shallow as Daisy. The entire film was as sumptuous and extravagant as you’d expect the high life in 1920s New York would be. 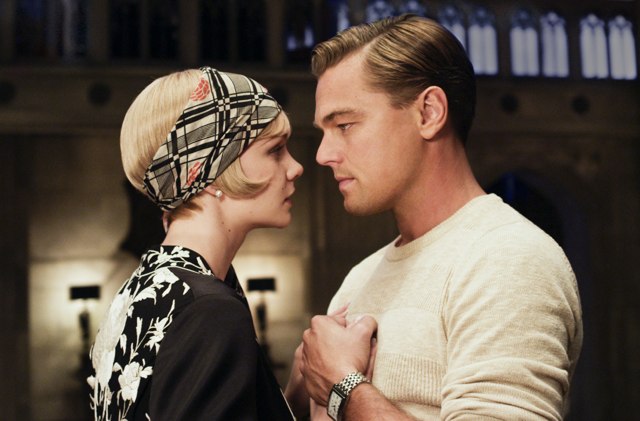 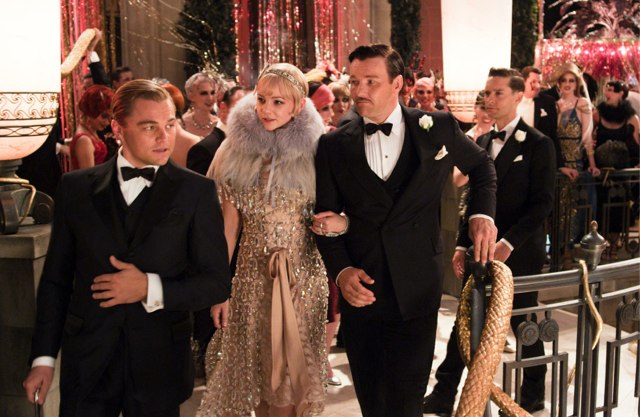 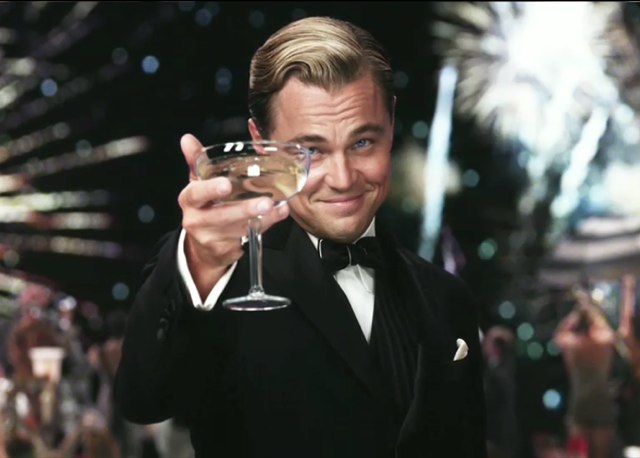 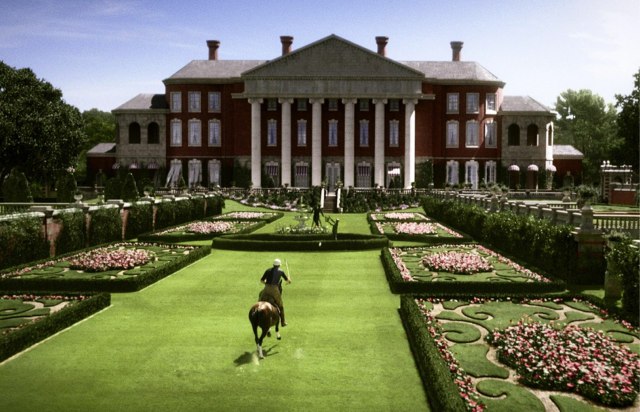 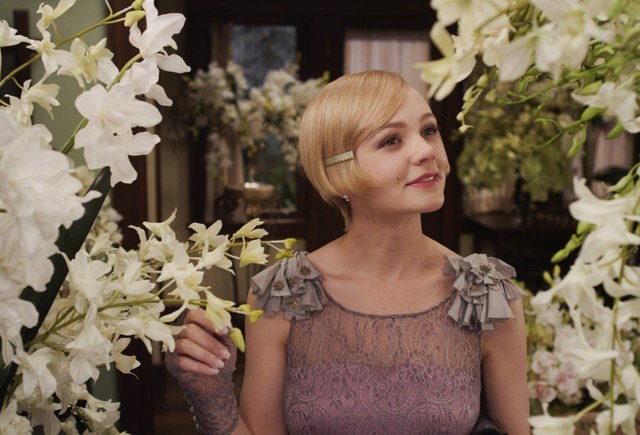 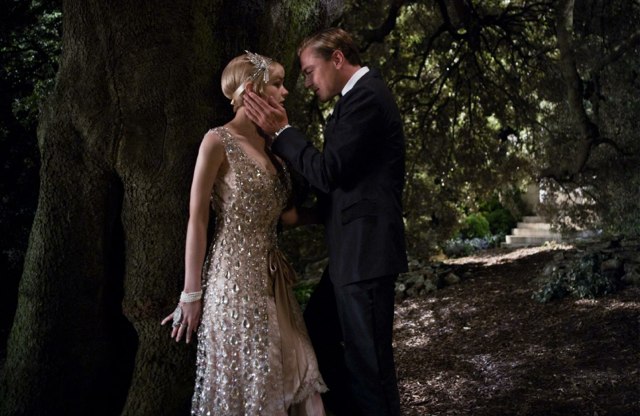 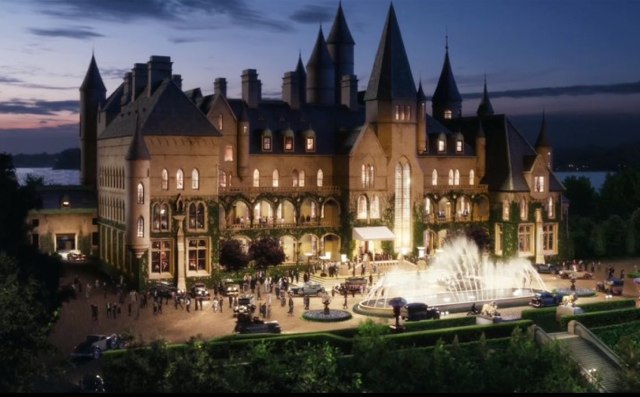