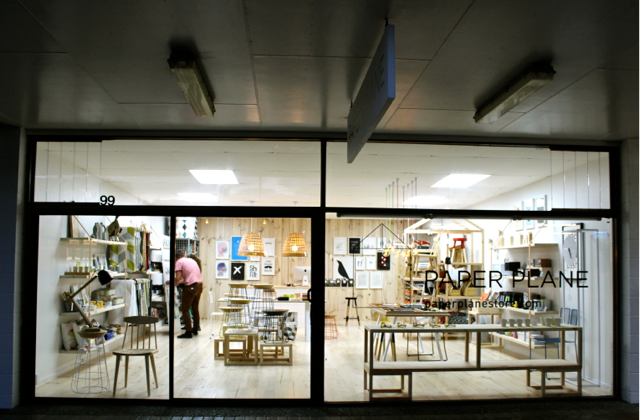 Since moving to Tauranga two years ago, I have sorely missed good quality homewares stores. So much so that last time my husband and I were in Auckland we went out of our way to specifically visit the Bloc in Mt Eden.

Now, thanks to the chutzpah of Kiwi furniture designer Timothy John and his hilarious Canadian co-pilot, Krista Plews, I no longer have to drive two and a half hours to have an awesome interiors retail experience.
The determined pair opened their drool-worthy store in Mount Maunganui on Tuesday night, with a launch party featuring local tea, delicious paleo treats and Polka chocolate. But my empty stomach aside, the real treats were to be found on the beautifully crafted shelves (created by Timothy). The store could be described as Scandi, with its pale, bare wood walls and floors and butcher’s tile counter, but in my books, that description doesn’t quite do it justice.
You see, every single item at Paper Plane has been hand-picked by the pair, or hand-crafted by Timothy. And alongside the beautiful wooden furniture and colour co-ordinated cushions is a cheekiness, an irreverence. From the slingshots for grown-ups (one of the hottest sellers so far) to Floyd, a stuffed pheasant in a bowtie that was rescued from out the back of Hunting and Fishing in Whakatane, there’s a very Kiwi sense of humour to it. And before you get your hopes up, sorry, Floyd isn’t for sale.
The launch party itself was so packed with people (always a good sign) that we could barely move, let alone take photos, so we popped back on Wednesday for a second taste. This time I noticed their attention to detail – even one of the shelving units echoes the store’s plane-shaped branding. Not a huge fan of crowds, this time I could have stayed all night. (You’ll probably find me camped outside, drooling all over the windows later…)
My favourites include the washable paper bags (from $28), soft leather coin pouches ($65) and clutches ($109) and a print of a peg-legged pirate cat that I cannot stop thinking about ($89, framed). Actually the print selection is worth a mention on its own. At last count there were five I want, including one fantastic pun about a moustache that makes me giggle every time I see it.
Other loves include most of Timothy John’s work (shameless fan) – Sidekick stools and some beautiful new wooden chopping boards and handles with bevelled edges, exclusive to Paper Plane. But seriously, there’s something for everyone – ceramics, stationery, edibles, candles, stereos, lighting. You name it, they’ve selected a drool-worthy version of it.
I am so excited to have a store that exudes big city sensibilities in our wee town. It’s just what Mount Maunganui needs, though I suspect my bank account will be worse for wear. Not to worry though, I’ll save heaps on petrol.
Paper Plane is open Monday to Saturday, 10am till 5pm and Sunday, 10am till 3pm. If you’re worried about your petrol bill getting to the Mount, their entire stock is available online at paperplanestore
Photographs by Phil Dawson-Hewes 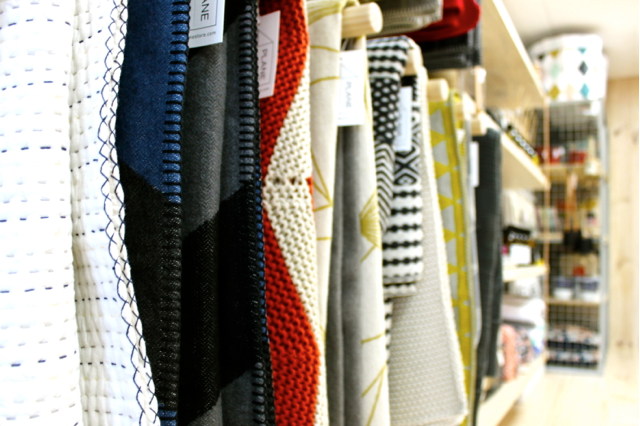 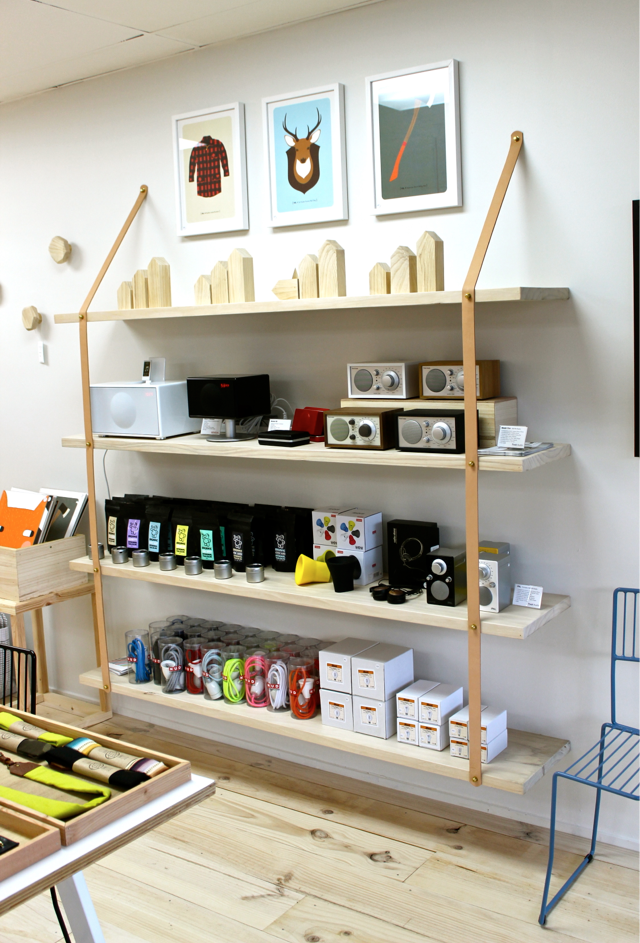 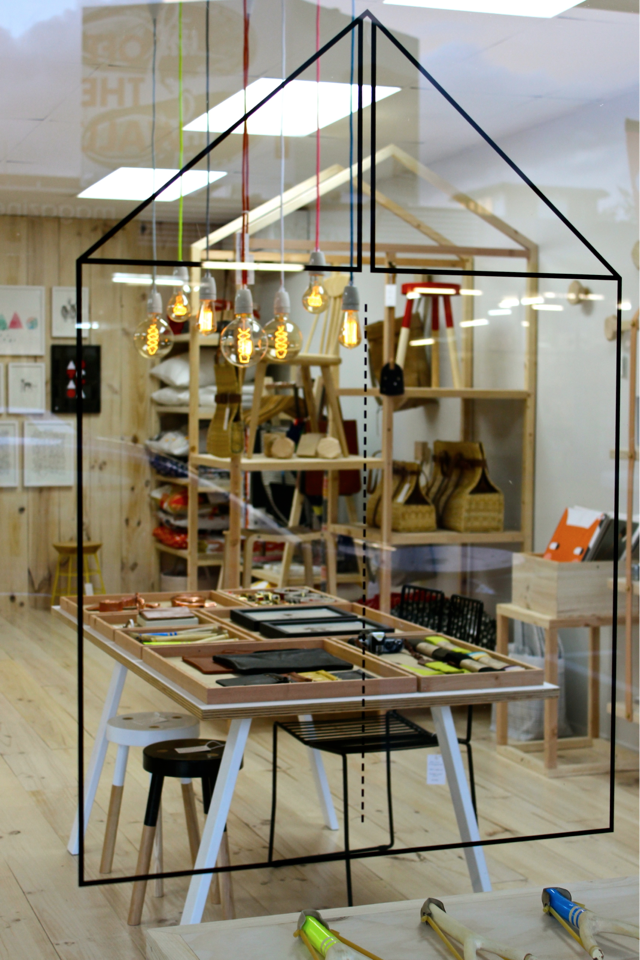 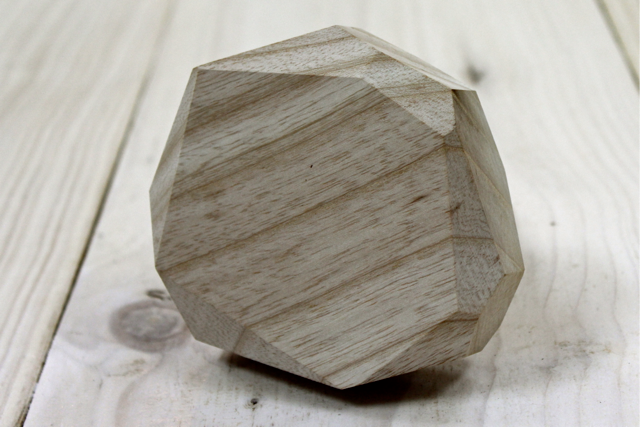 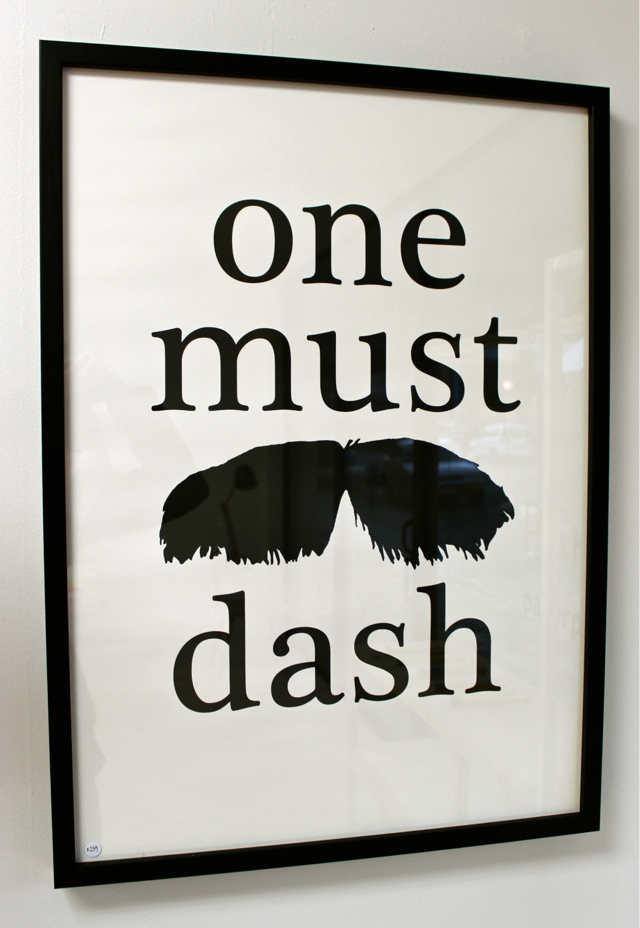 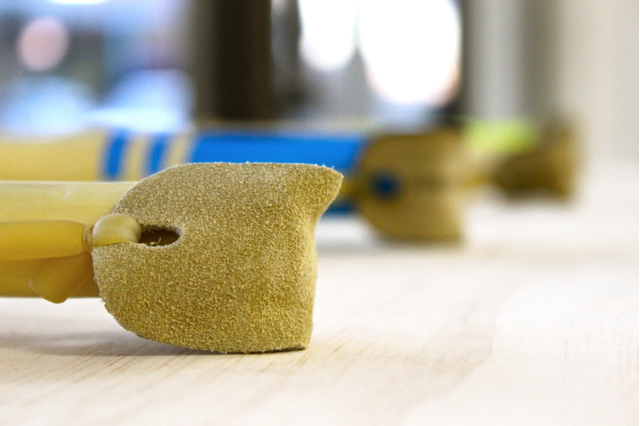 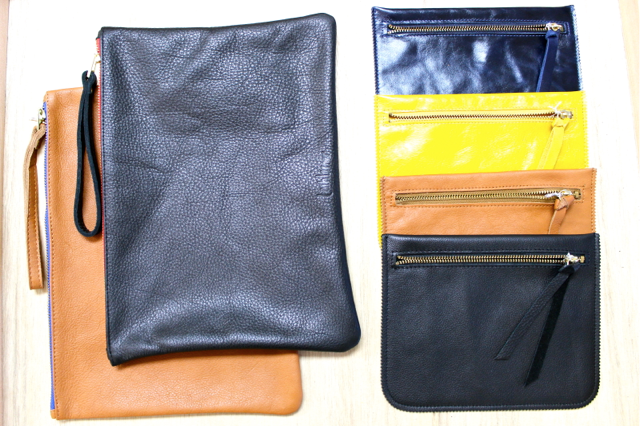 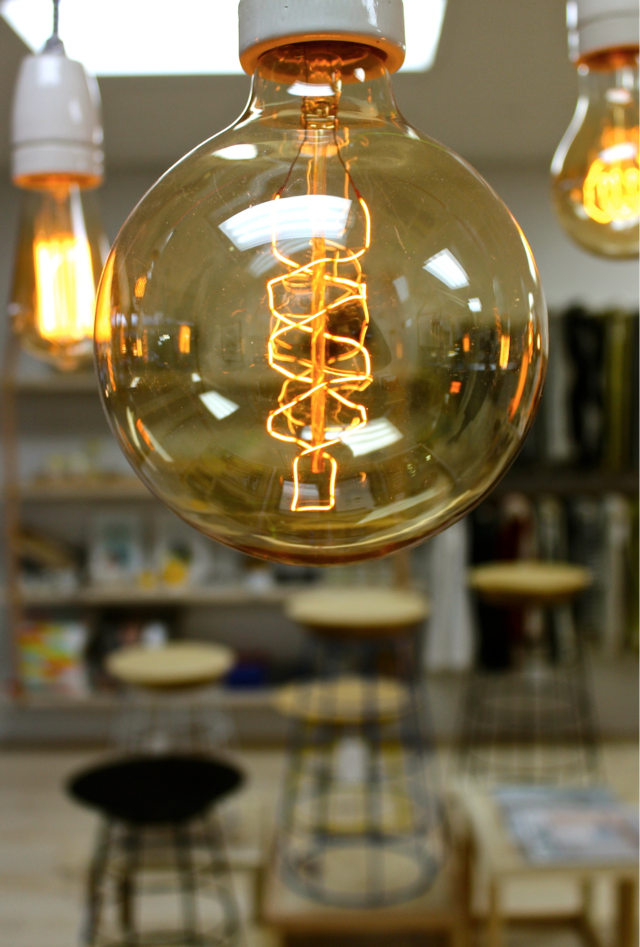 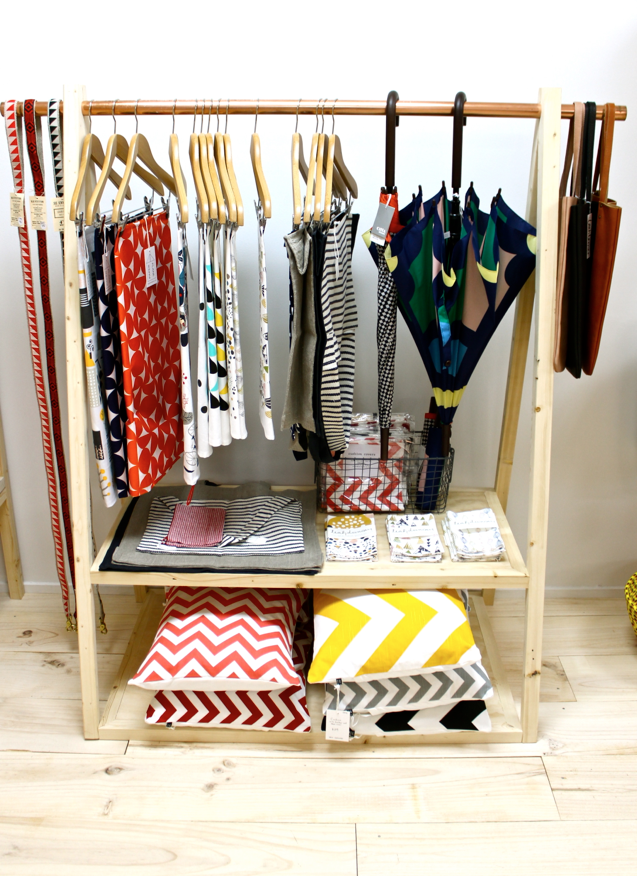 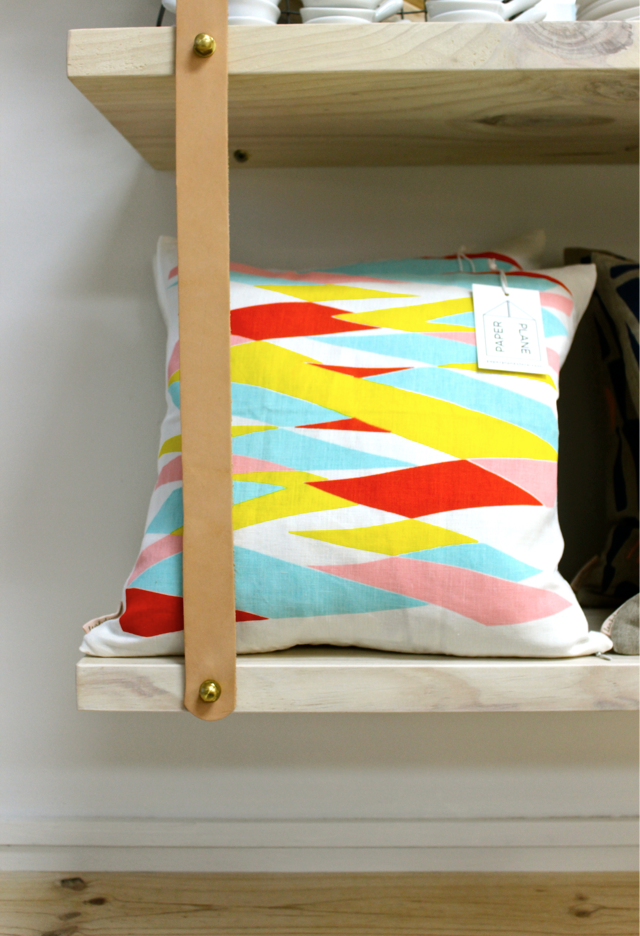 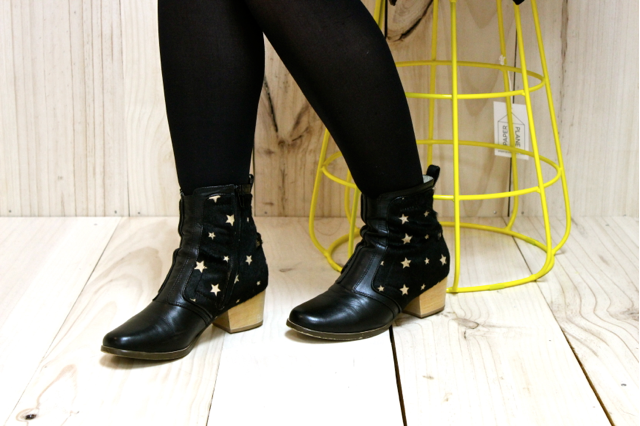 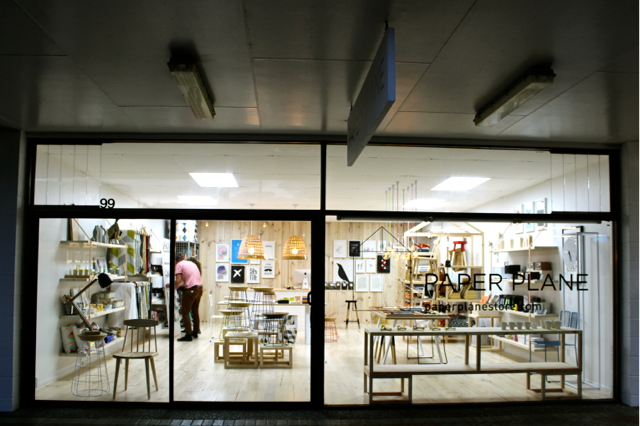 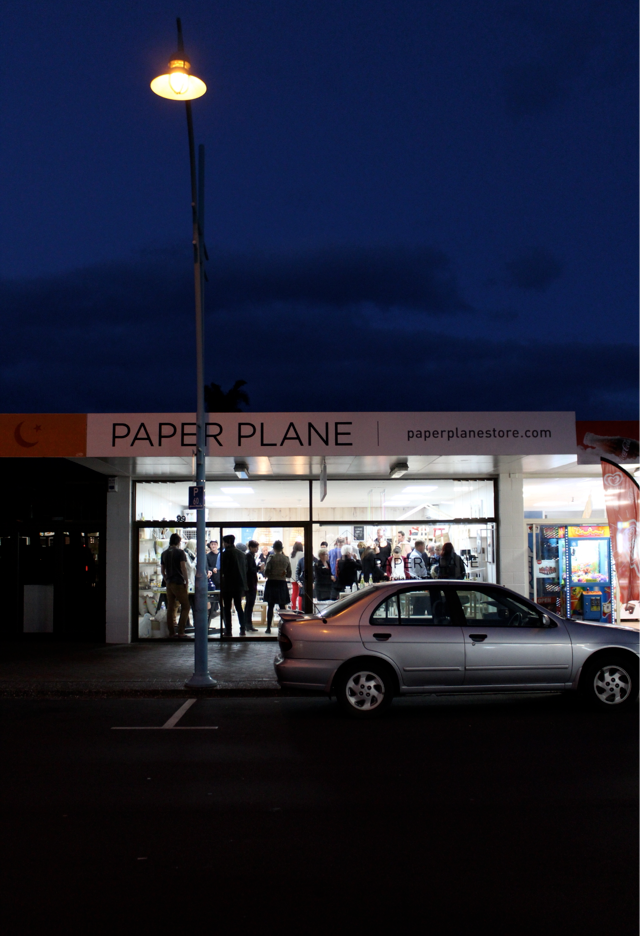