the week that was

Last week was an exceptionally busy week about town, so I thought I would catch you up on some of the details with art clothing repurposed and refashioned, clothing made from machines and beautiful mid-century design…

Wednesday night saw Mr Bigglesworthy unveil another collection in collaboration with Webbs.  Called Line & Form Modern Design, this is one beautifully large auction. With something for everyone interested in mid-century design, with an Alvar Aalto Model 43 birch lounger by Artek, a set of SIX Grant Featherstone Contour n chairs, a Bob Roukema Coutour Chair by Jon Jansen in a stunning aqua colour, and my favourite – a piece of West German Studio Pottery in bright blue and red. The pieces will be auctioned on 16th October at 7.30 at Webbs 18 Manukau Rd, Auckland

Later in the week was the opening night of artist Kenneth Mannchen’s exhibition “Like Unripe Persimmons” held at The Keep 504 Karangahape Rd, Auckland. Departing from his usual medium of paper, Mannchen has spent four months working with vintage Japanese cloth and hand-me-downs, cutting and then hand stitching his art garments together. Some of the works are hand painted, others finished with detailed drawings. The exhibition is part of Art Week here in Auckland and finishes 20 October. They are just beautiful.  Give your self a bit of time to view them from all angles, especially the hand painted jacket, and hand drawn coat covered in characters from Alice in Wonderland.  Just stunning. Photographs by Yasmine Ganley 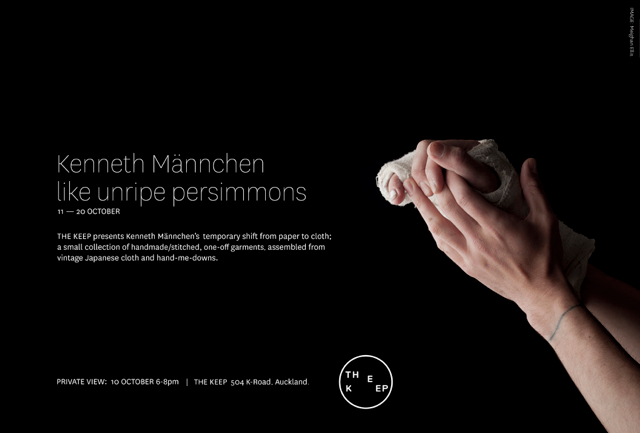 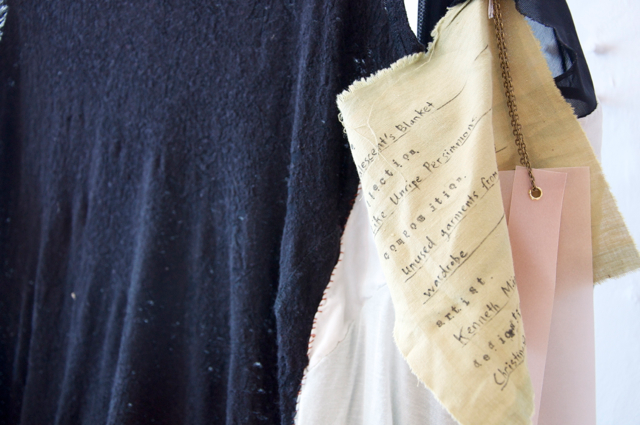 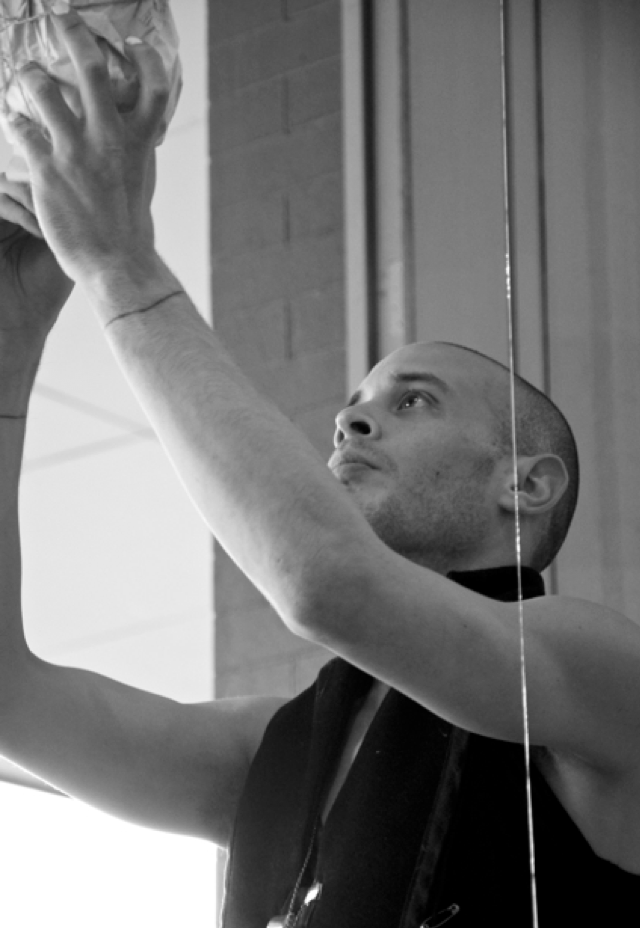 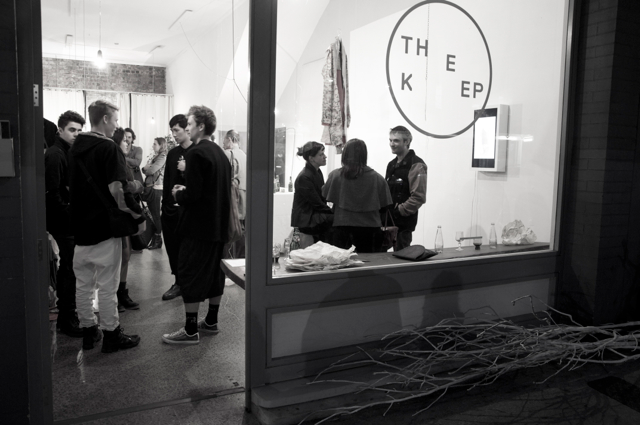 Also taking unusual elements and making them into a garment were the Boys from Stolen Girlfriends Club.  Working with Vodafone they put together two outfits, one male, one female which incorporated solar chargers. With the music festival season about to start with Parachute, Laneways, Big Day Out and of course Rhythm and Vines all over the summer months. A thousand lucky Vodafone customers and their friends will get one of the solar chargers, with the Stolen Girlfriends Club garments being auctioned to benefit Starship later in the year. The SGC launch was all part of the Vodafone #BelieveTheBuzz campaign to start 2nd December… Photographs by Michelle Weir 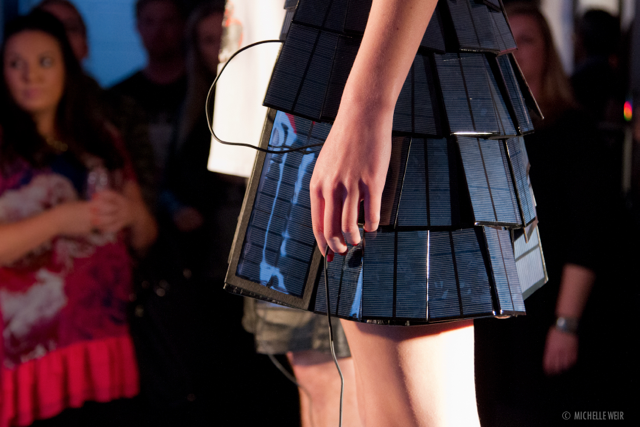 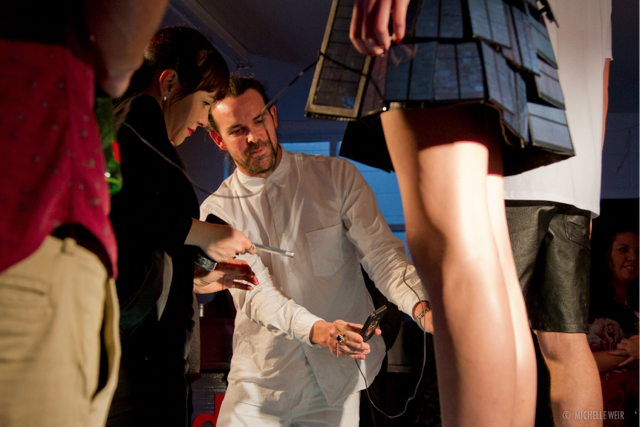 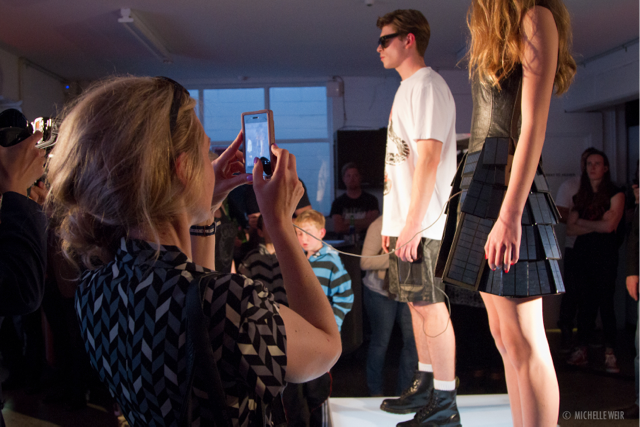 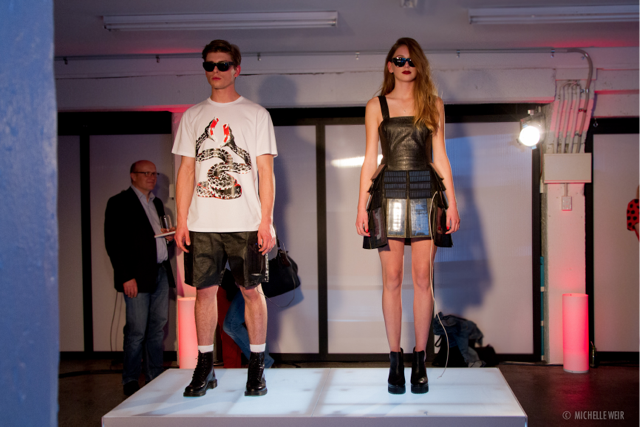