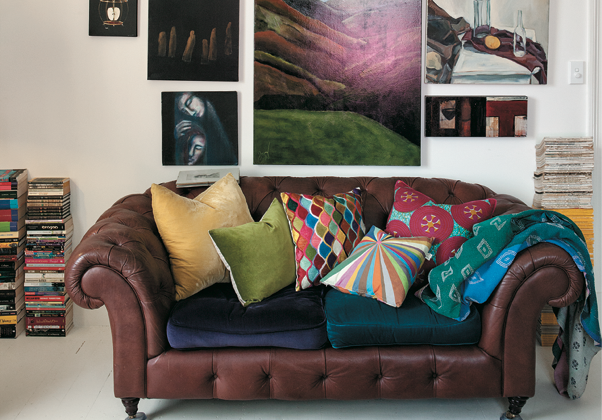 The term “perfect white” is of course a misnomer. There is no such thing as a perfect white – but there is a huge scope of whites to use.  I am always fascinated by how trend driven we are with whites in this country – there are just so many to choose from and yet we tend to stick to whites other people have used. I think that is often a confidence thing, so I have included a couple of whites that either I have used with clients, or have been used by people I admire.

When choosing whites it pays to think about both the light coming in to the room, and light from inside the room.  We have been quite obsessed with whites with a hint of black in them, but when used in the wrong spaces they can leave a room feeling very cold, and warm whites when used too generously can sometimes leave a space looking a bit old fashioned.  When we first lived in London, Magnolia whites where all the thing (this was nearly 20 years ago) but they have always resonated with me personally so I have never really moved away from those creamy whites with a touch of ochre in them. I find them very forgiving and especially when used with strong colour, they just appear a bit softer. We have had an enduring love affair with black whites here in New Zealand especially with RESENE Alabaster  – I have a shot of Erin OMalley’s (from Madder and Rouge) weekend place which is painted in it. It has a wonderful gallery-like quality to it.

My all time favourite white is PORTERS Milk.  I have used it in my current home, and my previous home was an old DULUX colour called Berkshire White which is also a soft white. I have included shots of Alex Fulton’s home which is painted in DULUX Half Mt Aspiring, and another favourite of mine RESENE 1/8th Thordon Cream which has a hint of green in it making it a more sophisticated white.  I have used it in a clients home that was recently featured in HOMESTYLE magazine.

Just a tip when choosing your whites. The trick with white is to be thoughtful with it. Make sure you steer away from standard ceiling whites unless it links with what you are doing.  It is a very stark white and it costs very little extra to have the white tinted to match the white you are using.  I usually either tint the ceiling paint to match the walls (if the ceilings are low) and then half strength the joinery – or just keep it all the same. With wonderful high ceiling you can double strength the white in the ceiling and joinery just to change things up. Make sure whatever whites you use, they are all connected and sit well together.  DULUX half and quarter Villa Whites are great interior and exterior joinery colours. When I am spec-ing both interior and exterior colours, I like to have the joinery colour the same in and out if I am using whites.  I just like the continuity… These aren’t rules, they are just the way I like to do it. As Alex Fulton says “Design like no-one is watching” – love it. 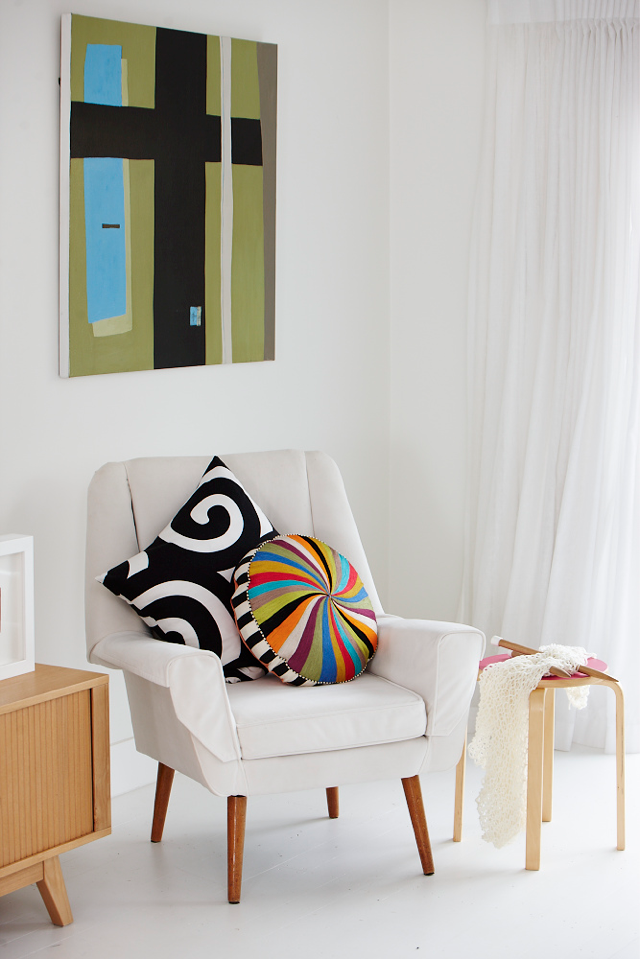 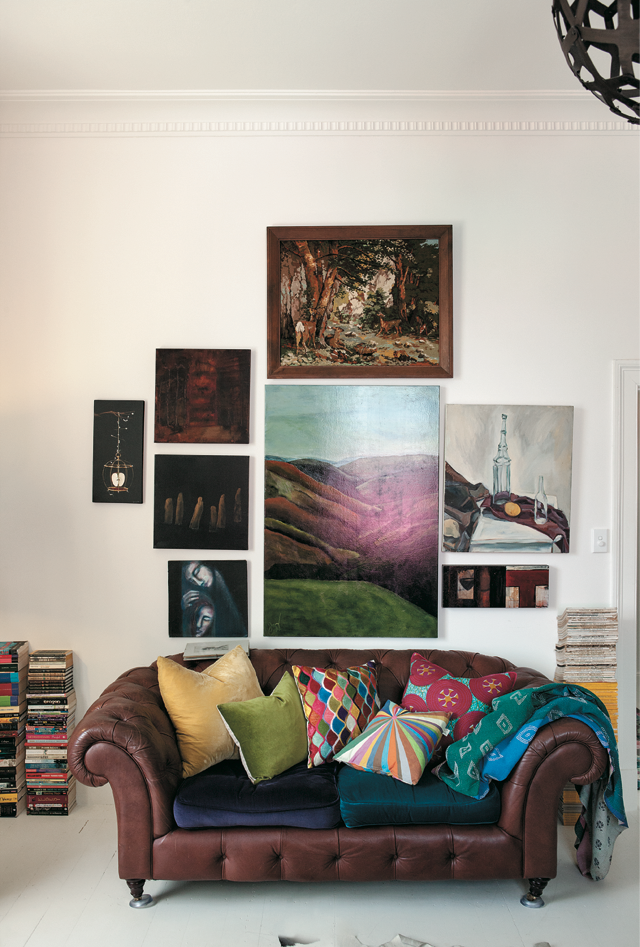 PORTERS PAINTS Milk in Eggshell finish shot styled by me, and photographed by Simon Devitt for URBIS 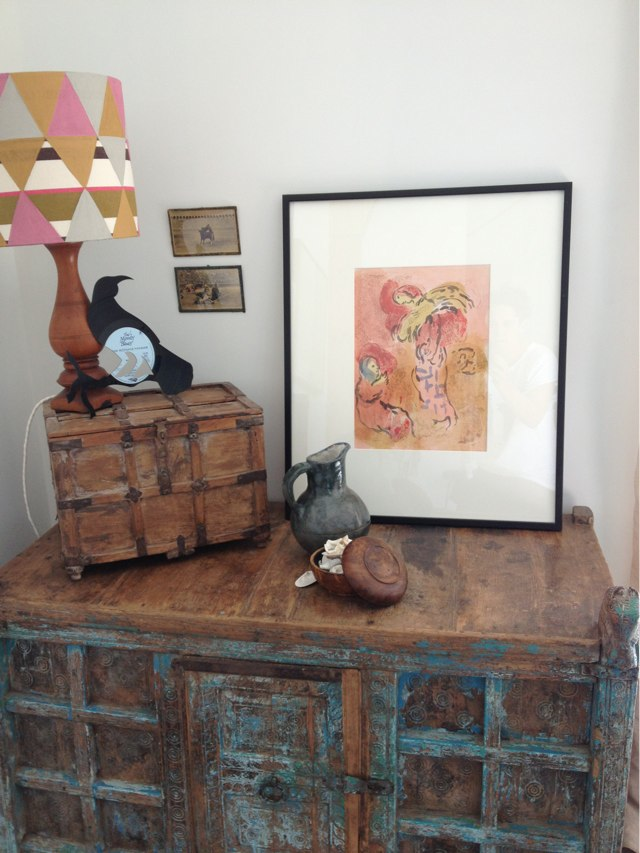 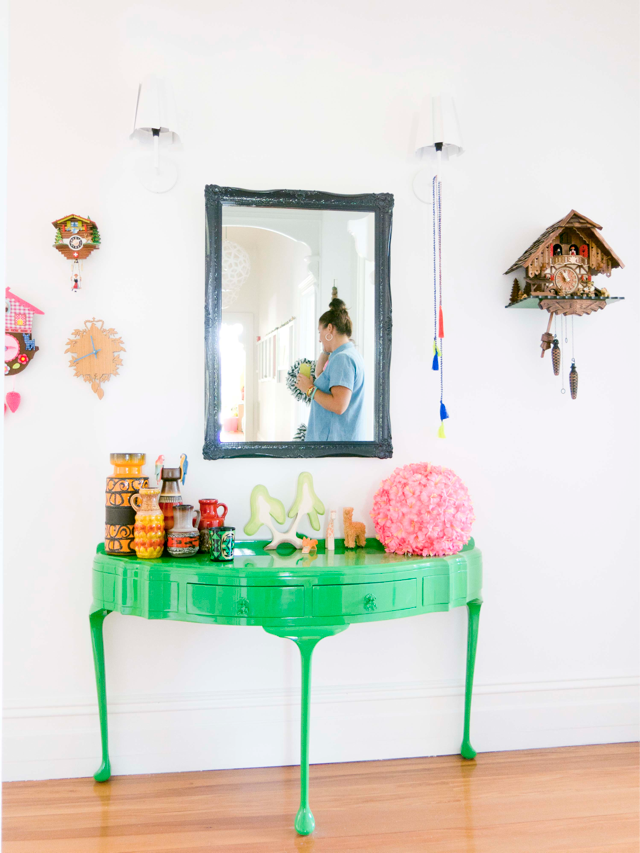 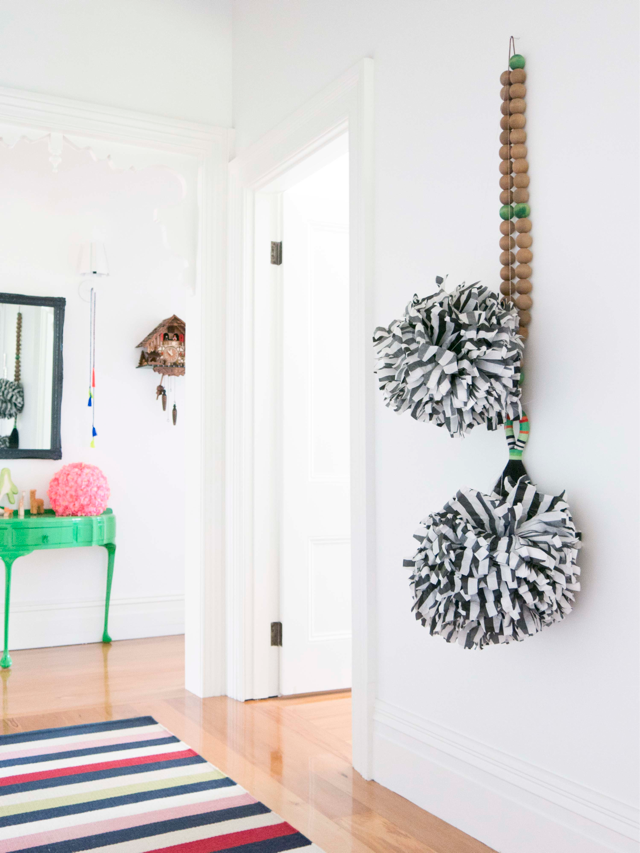 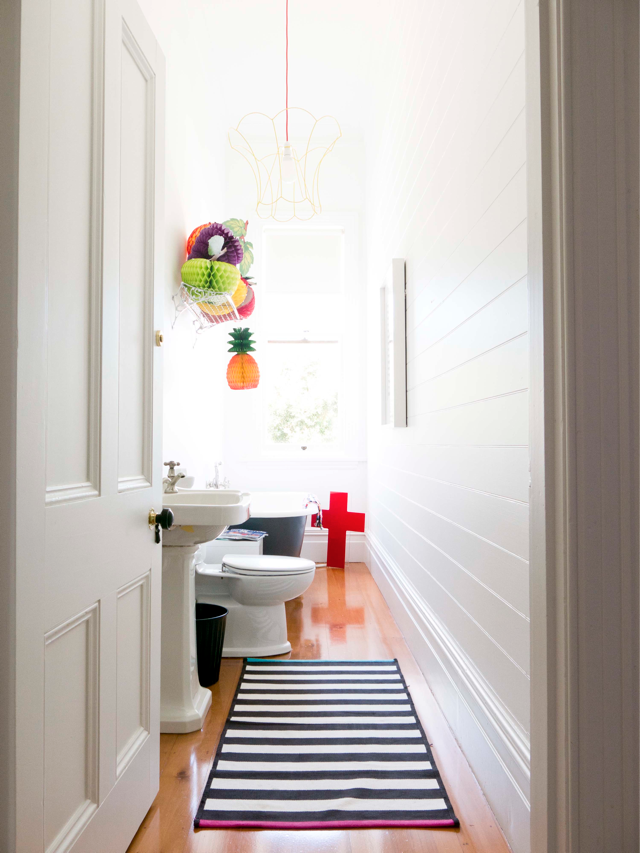